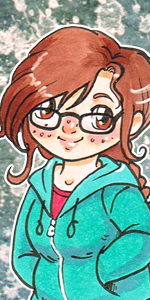 Gurukitty Studios is the brainchild of twin sisters Jeri (Kitty) and Jayleen (Guru). Based in Vancouver, they began making comics in 1997, and have published three anthologies, Ghost Tales, Once Upon A Time, and Gateways to Beyond. Jeri has also published an adult colouring book featuring animals and is known for beautiful watercolour illustrations of nature, dinosaurs and animals. Jeri has also contributed to several Cloudscape Comics projects, both Epic Canadiana books, Mega Fauna and Bones of the Coast.