Fresh off our success with the Kickstarter campaign for Swan Song, I’d like to take a minute to pay it forward and spread the word on a handful of other excellent-looking comics that our colleagues in the comics small press world are fundraising for right now. Check them out, and consider backing them if they look like your kind of thing! Do it soon, though, because time is running out on a couple of these.

Home from college for the summer, a group of friends– including cosplay photographer Priya, con pal Emi, lifelong and currently-transitioning friend Lee, crossplayer Sierra, her very supportive boyfriend Tommy, and the mysteriously distracted Jillian– have reunited at their favorite con. What begins as two days of simple fun turns into earth-shaking milestones of sexual discovery, confessed crushes, and gender exploration. Over the course of a single weekend, the group uses what they love to figure out who they are, what they want, and what will make them happy. 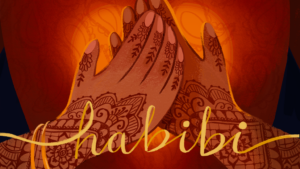 Habibi is a new zine-style anthology featuring prose stories and comics weaving together stories of love told by Muslim women. Each piece is a unique perspective on what love can mean to someone, whether it’s romantic, familial, or even love of self. 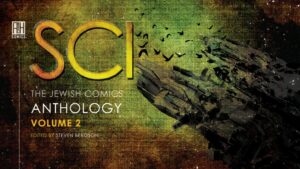 Inside SCI: The Jewish Comics Anthology Volume 2 you will find 18 original comic book and graphic novel stories full of action, drama, humour, horror and romance. Edited by Steven Bergson, each story is based on ages-old tales from Hebrew culture – retold as epic sci-fi visions of the future.