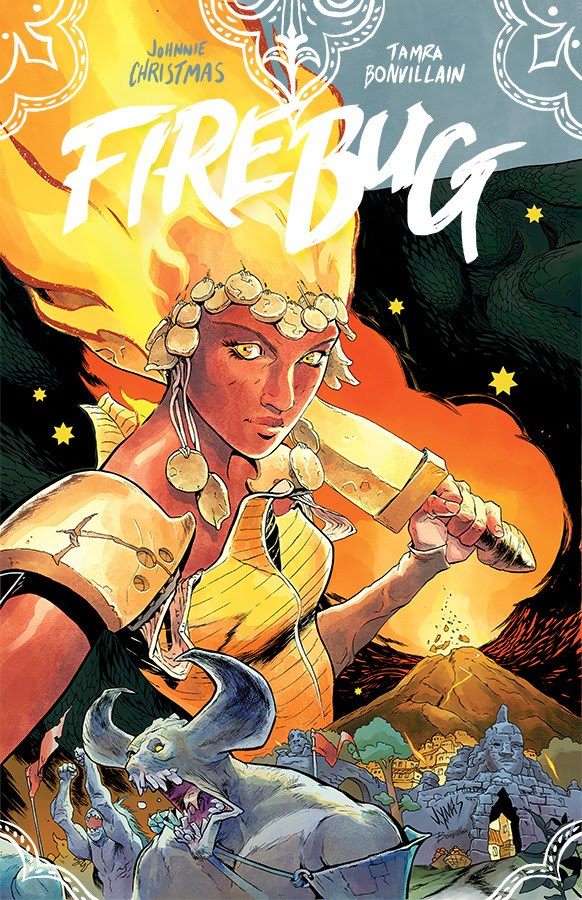 Amidst all of our Swan Song posting, we also want to take a moment to recognize that one of our long time members, Johnnie Christmas (you may know him as the fellow who worked with Margaret Atwood on Angel Catbird), is putting out a new book with Image Comics. If you have a moment, check out Firebug!

“A volcano goddess named Keegan is loose in the world, and the prophecies are unclear whether her coming will bring humanity’s destruction or its salvation.  In the shadow of a sacred volcano from which Keegan derives her powers, lies the ancient city of Azar. To unravel the mysteries of her past, Keegan and her friends must get to Azar before it is overrun by a horde of forest monsters. Meanwhile, the nefarious Cult of the Goddess has plans to summon forces as old as time to extinguish Keegan’s flame permanently.”