In 2015, we at Cloudscape launched “Comics in Transit,” a series of one-page that appeared in bus shelters all over Metro Vancouver. The comics were by local prominent comic creators such as Colin Upton, Nina Matsumoto, and James Lloyd, and explored stories of numerous cities all over the world. Now a new version of Comics in Transit is appearing in bus shelters. This time we interviewed numerous refugees living in Vancouver and are telling their stories through comic form.
We encourage  you to visit as many of the bus shelters as you can and read these refugees’ tales of struggle and triumph. Furthermore, we are offering a draw for people who spot and photograph the comics. If people find one, take a photo of it, and send it to info@cloudscapecomics.com, they will be entered to win a prize, which will be given out in December. The posters are up from October 30 – December 3, 2017, and are located at: 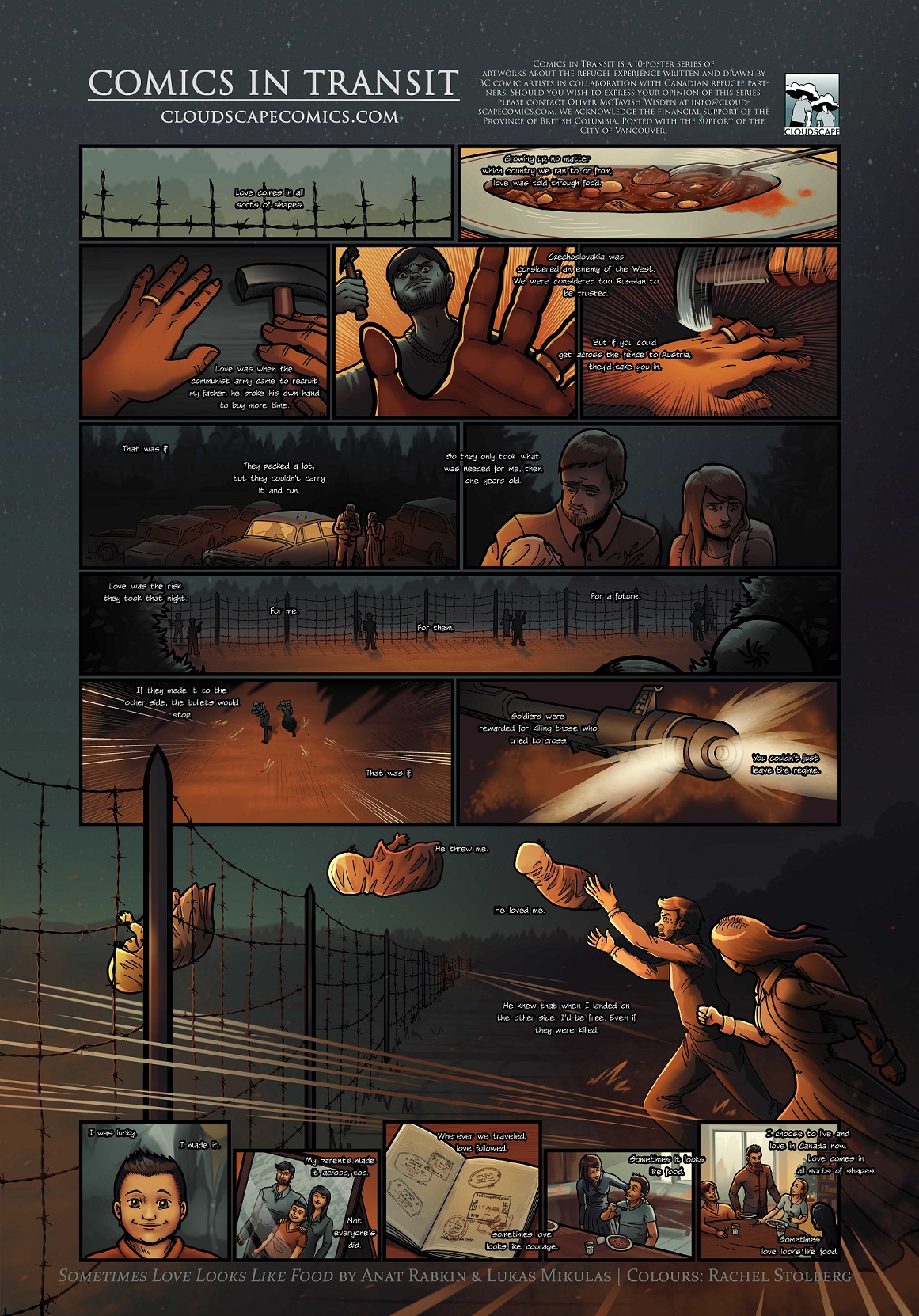