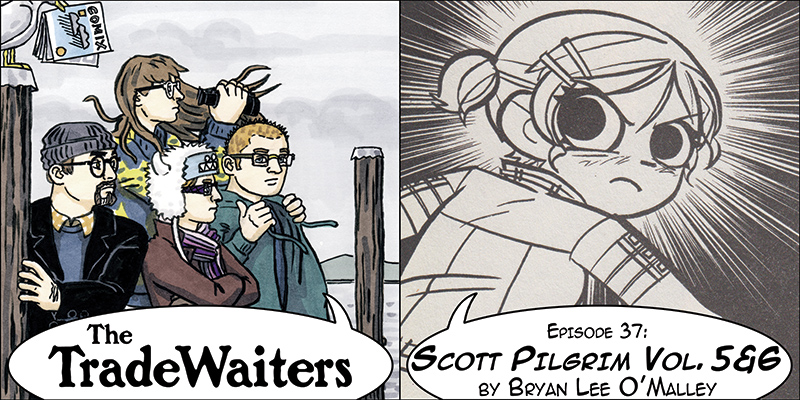 At last we’ve reached the end of our Scott Pilgrimage. Join Jess, Jam, Jeff, Jon, and Kgros as we finish off Bryan Lee O’Malley’s Scott Pilgrim with volumes 5 and 6. In this episode we talk about character arcs, throwaway plot twists, background artists, and More Kim Pine. If you’ve traveled with us this far, take our hand and jump into the void with us one more time.

Also there was a movie based on this book. What’s the deal with that?

And our own projects:
Phobos and Deimos by Jonathon Dalton
Crossroads by Jeff Ellis
Lunar Maladies by kgros
Liquid Shell by Jess Pollard
and Wasted Talent by Angela Melick.