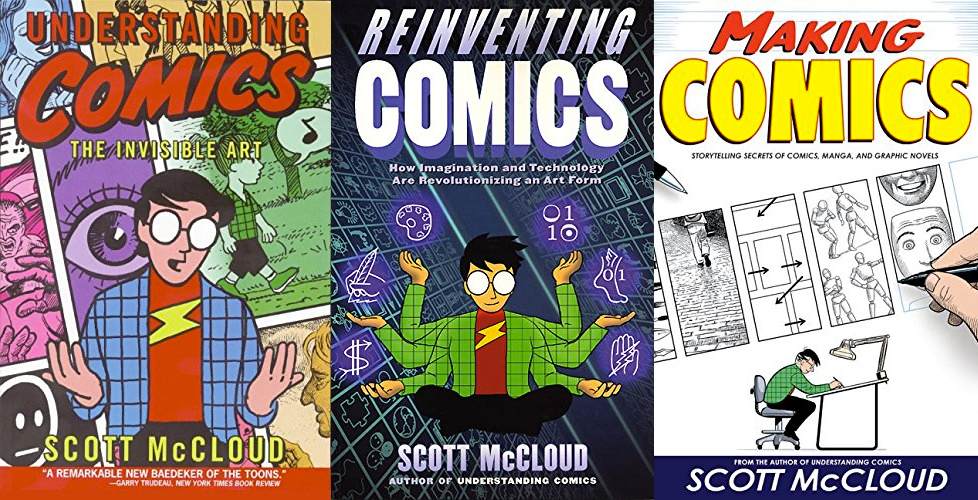 Scott McCloud’s trilogy of Understanding Comics, Reinventing Comics, and Making Comics are all excellent works. They are a great collection of essays entirely in the comics format, entirely about comics.

The first book, Understanding Comics, published in 1994, focuses on the history, perception, and communication of comics, as well as a sophisticated interpretation of the medium as a whole. It is an amazing tool for both comic beginners and those more experienced with comics. If you were to pick up this book for the first time, either as a beginner or seasoned comics veteran, you would learn a lot about not just about comics, but also art and communication in general. It’s fascinating stuff clearly explained through a perfect blend of words and pictures.

The second book, Reinventing Comics, published in 2000, examines the — at the time — current comics culture, and looks towards the potential futures of the digital age. Many of its commentary has now become dated in many ways. However, plenty of the content remains useful to this day. There are multiple examples of how economic ideas, subcultures, and tendencies develop within art. It is also fascinating to see the challenges and ideas that were around back in the dial-up Internet era, and how many of the predictions McCloud made became true.

The third book, Making Comics, published in 2006, explores the challenges that comic book creators must face, the options they have, and the many methods available to produce the comics they want. McCloud provides incredibly useful tools for achieving realistic facial expressions and body language, constructing scenes, and building worlds, and he draws inspiration from North American, European, and Japanese comics, and more. Unlike a simple How to Draw Manga or How to Draw Superheroes, book, it gives sophisticated tips that are useful for all comic genres. Even if you think you already know everything you need to know about making comics, you might be surprised as to how much you learn from reading this book. On top of that, this book has a bonus digital chapter, available on McCloud’s website. 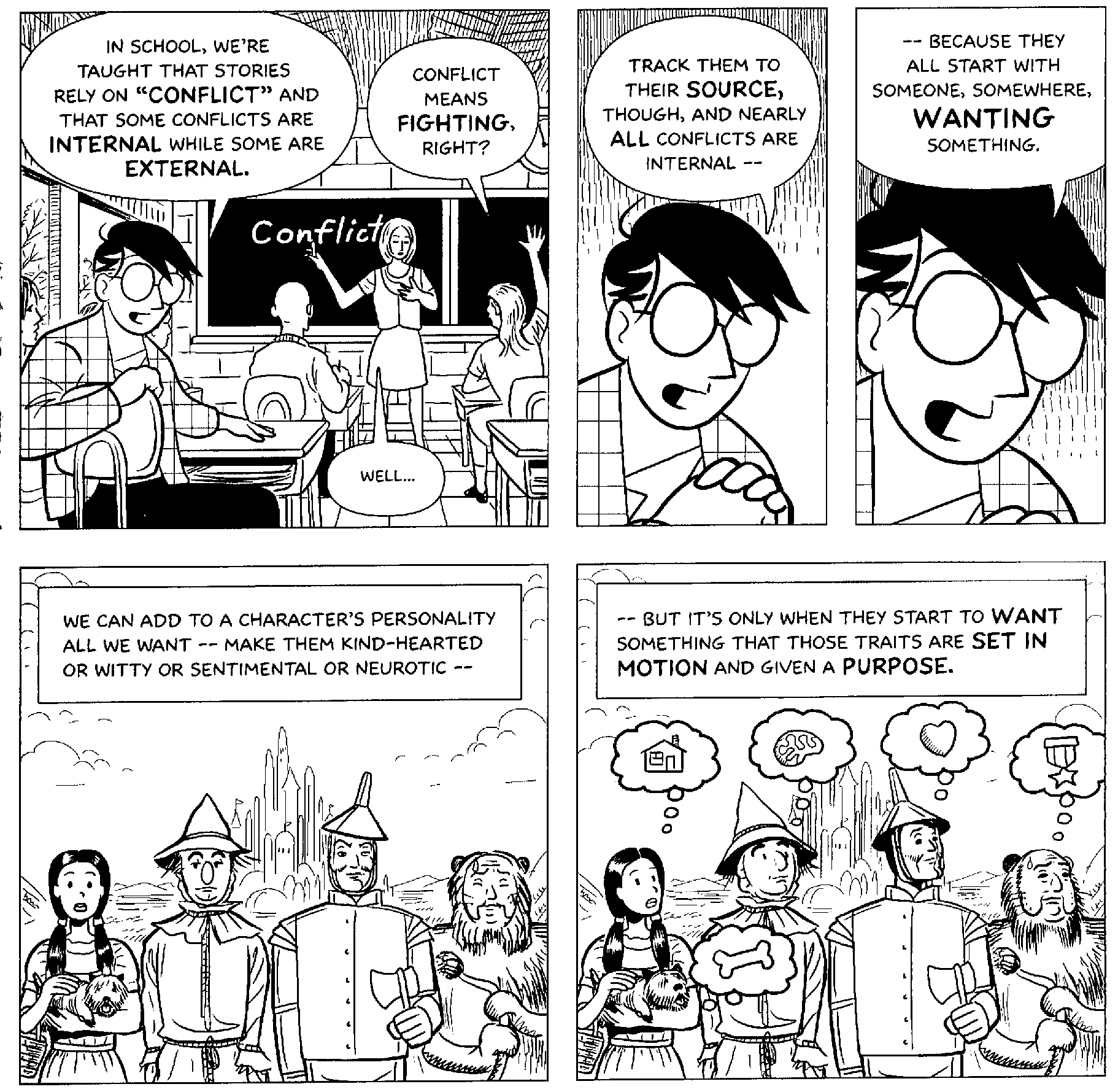