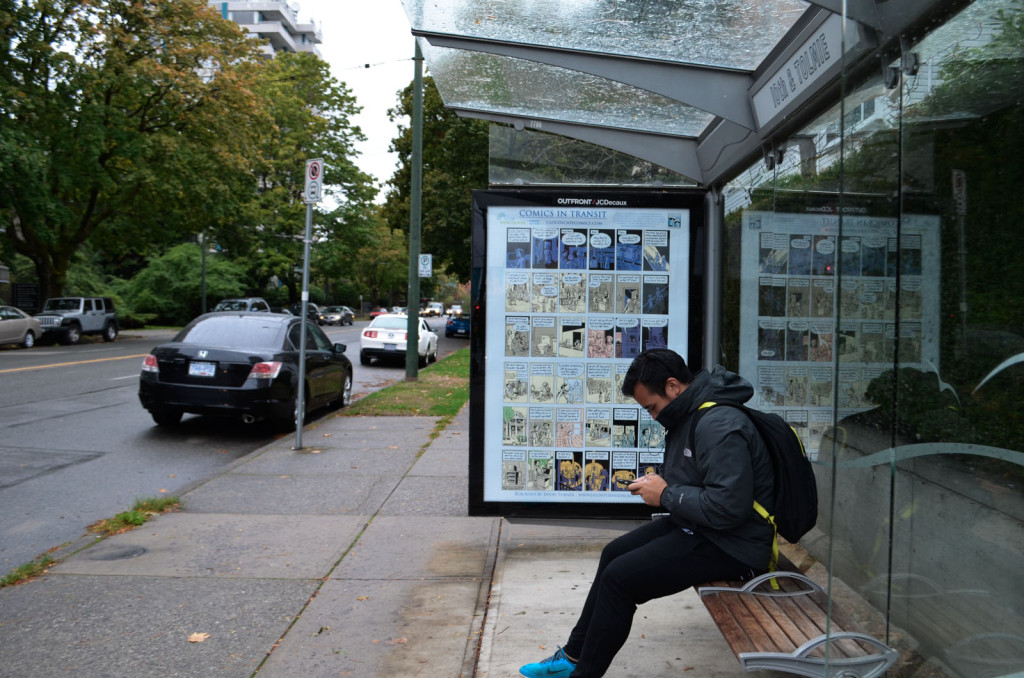 Waiting for the bus beside one of the comics.

Cloudscape’s “Comics in Transit” keeps on rolling! Comics have been popping-up in bus shelters all over Metro Vancouver,  one-page stories created by such prominent local creators as Nina Matsumoto, Johnnie Christmas, Steve Rolston, and many more. We’ve been getting a lot of attention, including more buzz in the Georgia Straight and an extensive article in UBC’s student magazine, the Ubyssey. In the Ubyssey article, Cloudscape president Oliver McTavish-Wisden talks about what inspired him to create “Comics in Transit”:

“What I wanted to do is — because so many of the artists I work with are from different parts of the world but have decided to call B.C. home — I challenged them…. I said to write a story about a city that you like or have had some experience with…. Hopefully when people read these at the bus stops they’ll maybe learn a little something from their neighbours, where they’re from… and maybe start to know about who they’re waiting for the bus with…. I was just looking and thinking of ways I could get comic panels or comic pages out of the book format…. I’m always thinking of ways to sort of shake up how people see comics and where they see them.”

Read the rest of the article at “Comics in Transit showing commuters where their neighbours are from.”