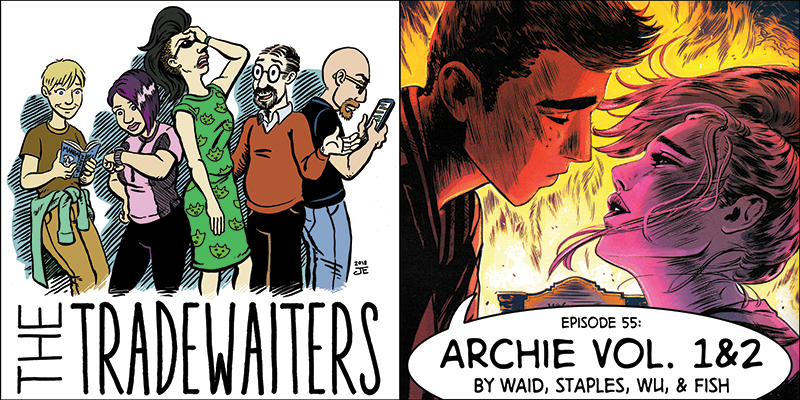 Archie has continuity now?? For today’s episode, local Archie expert Kathleen Jacques joins us as we read Archie Volumes 1 and 2, the reboot written by Mark Waid and drawn by Fiona Staples, Annie Wu, and Veronica Fish. We discover who has never read an Archie comic before, how the reboot reads to long-time fans, what the deal is with the #lipstickincident, and how this version of Archie compares to a certain TV series.

And our own projects:
Band Vs. Band by Kathleen Jacques
Phobos and Deimos by Jonathon Dalton
Crossroads by Jeff Ellis
Lunar Maladies by kgros
and Liquid Shell by Jess Pollard

Our next episode will be on A Bintel Brief by Liana Finck.