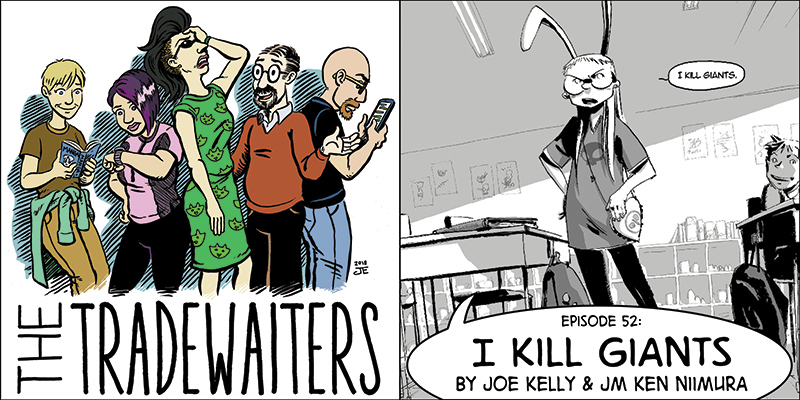 Today’s episode is about unreliable narrators. Also it’s about I Kill Giants by Joe Kelly and JM Ken Niimura. Barbara is a troubled middle schooler who may or may not kill giants, and Jess, Jon, Jeff, and Jam have a lot to talk about as we dive into this story. Unless we don’t. We might decide to talk about pastel goths vs. soft bois instead. There may be a movie adaptation of this book, which you may have heard of, but we haven’t seen it so we can’t say.

And our own projects:
Phobos and Deimos by Jonathon Dalton
Crossroads by Jeff Ellis
Jam’s comics
and Liquid Shell by Jess Pollard

Our next episode will be on The Complete Persepolis by Marjane Satrapi.