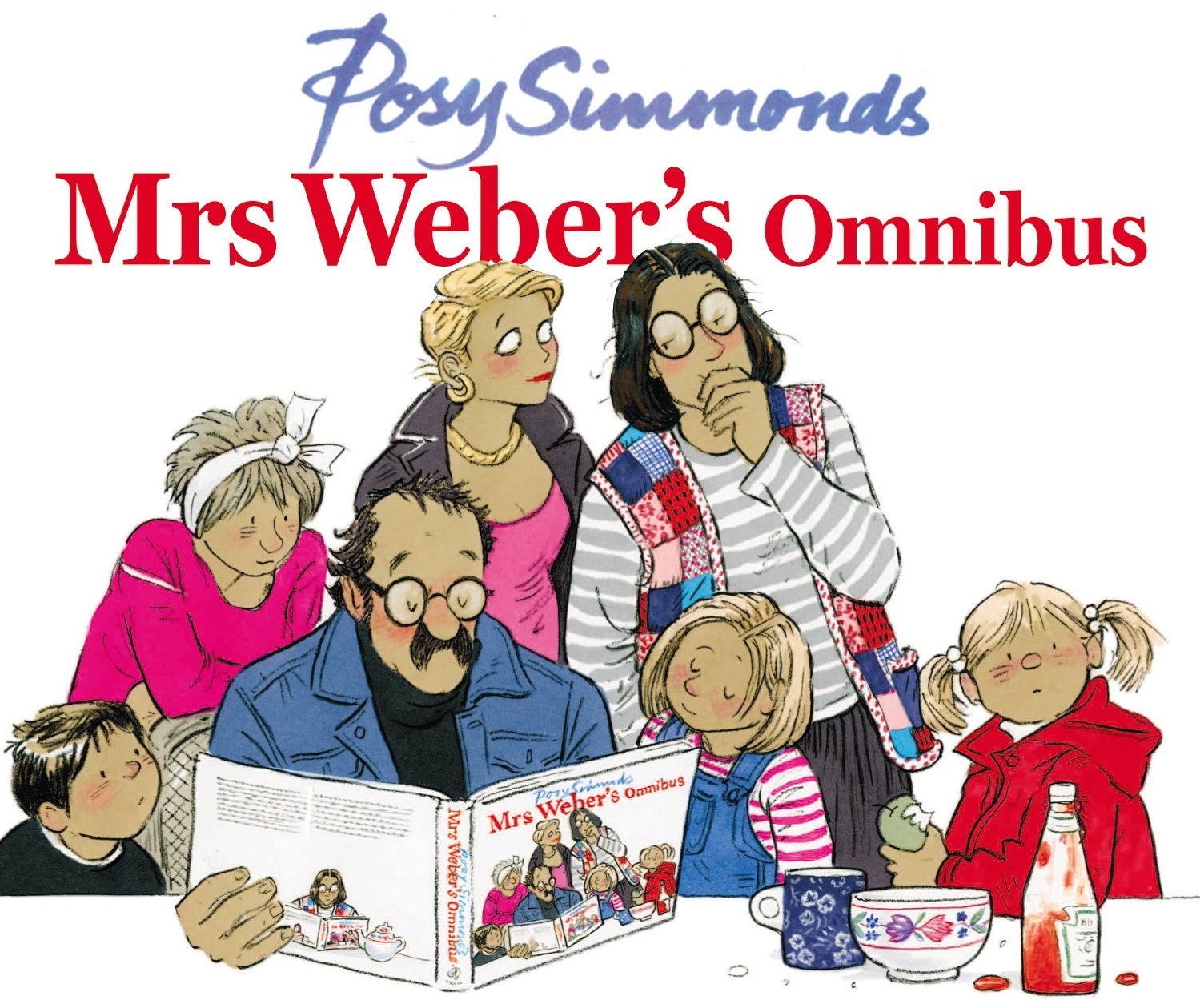 Mrs Weber’s Omnibus is a collection of comics written by Posy Simmonds for the British newspaper The Guardian. The comics themselves were usually simply known as “Posy” in the paper, and have also been previously released as multiple other, smaller collections, but here they are all in one big omnibus. However, the collection does not include other work by Simmonds, such as Tamara Drewe and Gemma Bovery, which are separate graphic novels. The comics focus on a range of characters, interconnected either with family ties, romantic relationships, and friendships. These characters (the “Heeps,” “Webers,” and “Wrights,” along with others) interconnect and meet up with each other often. Throughout the first three quarters of the omnibus, we slowly see these characters change and grow, but only somewhat and some of the time.

The main aspect of these comics that work so well is seeing the various discussions and conversations of the time period. Being written and set in the late 1970s through to the late 1980s, the families discuss and adjust to the changes of those time periods, and how they compare to the ideals they grew up with. During the last quarter of the book, we see a lot less of the families that featuring primarily throughout the rest of the collection, and instead see more of other characters, such as a grumpy writer J. D. Crouch. Thus, as a stand-alone book, it seems to have a lack of closure, but in the context of a long-running series, it doesn’t seem so strange.

Due to this nostalgia, it might seem that these stories would mostly appeal to British people, or more specifically, British people who were in their 30s-50s during the 1980s. However, even if you don’t fit these categories, it is interesting to take a glimpse into the everyday life and concerns for this group of people. You may be surprised to find how much you can connect with them, as well as all the things you were unfamiliar with, such as various dated idioms or long lost widespread concerns.

Most of the artwork is either in black and white, or black and white plus an additional colour like red, but there are a handful of colour pages here and there. It is a very thick and sizeable book. The page size is just right for the content, but the book thickness is a tad distressing and can lead to lots of potential damage when reading, so take caution. It’s the kind of book that seems to be best read on the table at home as opposed to on the go.