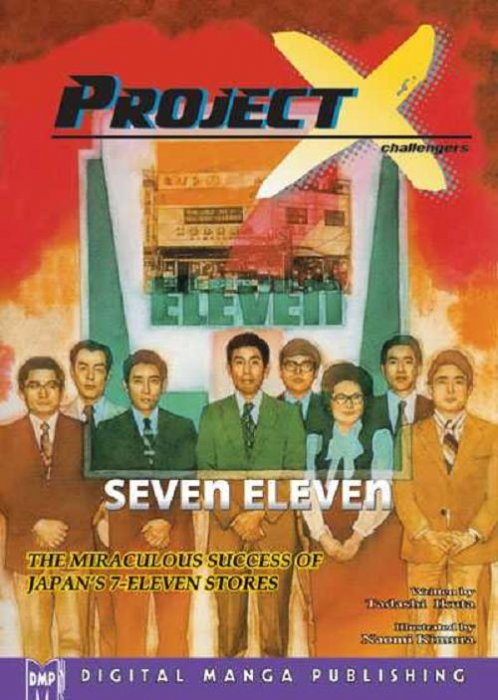 Project X Challengers — Seven Eleven: The Miraculous Success of Japan’s 7-Eleven Stores is a non-fiction manga written by Tadashi Ikuta and illustrated by Naomi Kimura that chronicles the the ambitious founding of the Japanese 7-Eleven store. One may assume that this story is merely about an American 7-Eleven trying to plant its roots in Japan, but it’s more about people who discovered the 7-Eleven business format and decided to manage their own 7-Eleven company with the same template and business model, in exchange for a giving the original American company a portion of the Japanese company’s turnover. So what we’re dealing with is more of a new business startup than the mere expansion of an existing company. It’s almost like a different company with the same face.

In the manga we see the early days of the startup, when the main characters attempt to find a business model that can work well in Japan’s economy. Once the 7-Eleven format is discovered, negotiations with the company begin, but assistance (such as information and support) is very limited, much less than expected, and the Japanese company has to do a great deal of the work on their own.

This manga documents the struggles, challenges, and initial successes of the company in a fantastic display of overcoming the odds. On top of that, we explore a decent amount of the characters and their motivations, helping to move the narrative along. It makes a change from the interview-based documentaries we tend to see as videos. The art style gets the job done, rarely being sub-par, if at all. The graphic design for the products and posters used in the comic is sharp and detailed. The manga also provides a timeline at the end, not just of Japan’s 7-Eleven stores but also other relevant events in order to give context.

All in all, this book was informative and a lot more interesting than I assumed it was going to be. Give it a try. In the meantime, I’ll try and see if there are any more of these Project X Challengers books out there for me to read. 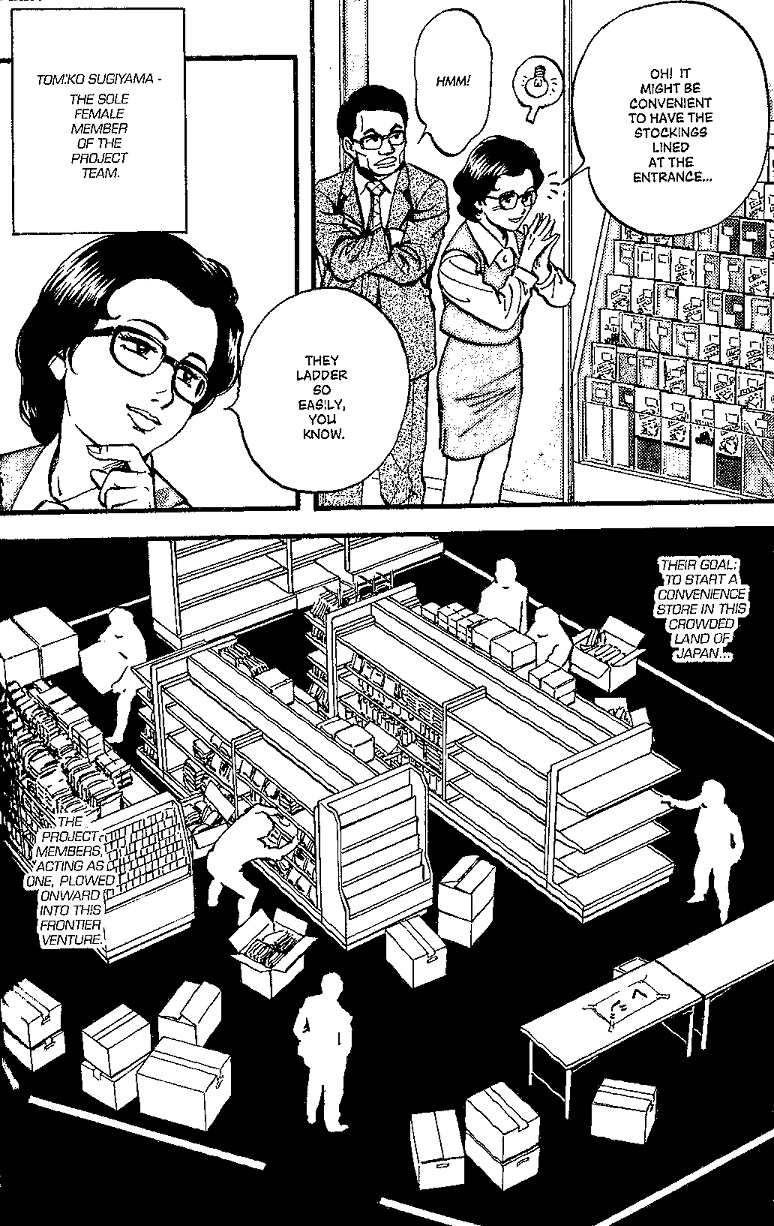