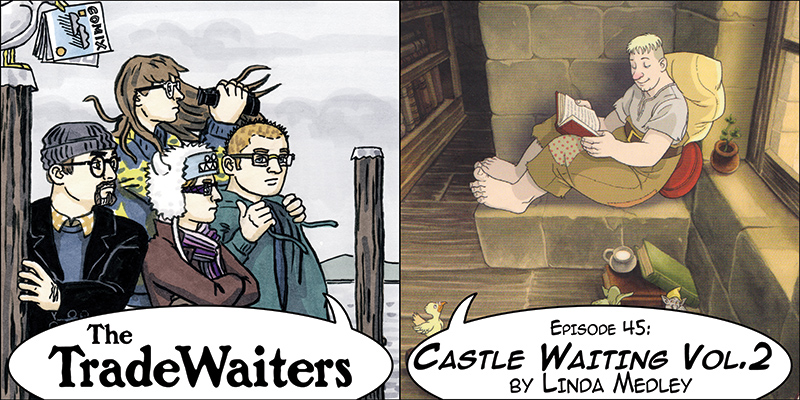 In today’s episode our panelists finish out the extant volumes of Linda Medley’s Castle Waiting with volume two. This volume answers questions about the Doctor, Simon’s father, and Jain’s childhood. We also discuss the most important parts of history, fairy tale endings, where we hope the series will go next, and cartoonist death pacts.

And our own projects:
Phobos and Deimos by Jonathon Dalton
Crossroads by Jeff Ellis
kagcomix.com by kgros
Jam’s website
and Liquid Shell by Jess Pollard.

Our next episode will be on Louis Riel by Chester Brown.