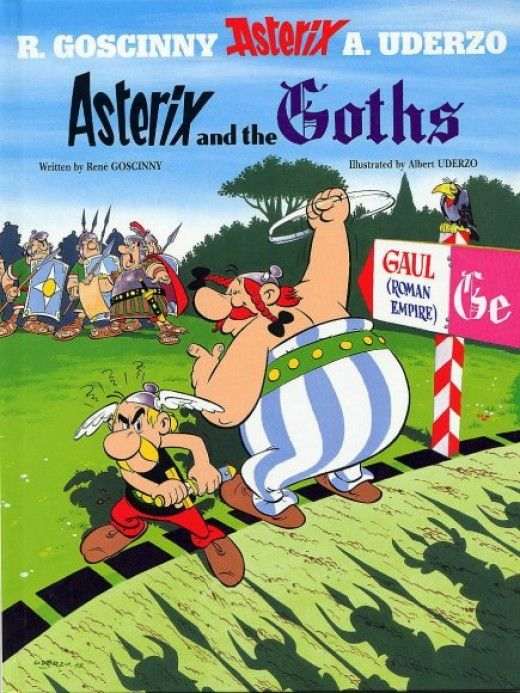 Asterix & Obelix, originally written by René Goscinny and drawn by Albert Uderzo is an iconic series of French comics about an indomitable Gaulish village at the edge of the Roman Empire in the year 50 BC. Despite Julius Caesar’s conquest of Gaul, one village remains free of Roman influence, and this village is able to keep all invasions at bay due to their druid’s magic potion, which grants them superstrength. The main characters are the intelligent and nimble Gaulish warrior Asterix, and the powerful yet slow-witted Obelix, who permanently has the effects of the magic potion due to having fallen into the cauldron as a child. Though the series started off as a collaboration between writer Goscinny and artist Uderzo, when Goscinny eventually passed away, Uderzo took up the project solo. Uderzo retired in 2011, and now the project has been handed over to the author Jean-Yves Ferri and the illustrator Didier Conrad.

This series features all kinds of adventures, with roughly half the books being set in the Gaulish village as the Romans devise a new scheme to take it, and the other half being set abroad as the Gauls visit some other country. It is by no means historically accurate, with some adventures involving anachronisms such as the Vikings (the actual Viking age was several centuries later), but it is a good lot of fun all around with plenty of head-bashing and legionnaire-smashing along the way.

Aside from the delightful illustrations and designs provided by Uderzo, there’s also the abundance of verbal humor provided by Goscinny. The use of wordplay and cultural jokes is a big part of the series.This is usually well-translated into English, although sometimes the translations are tad too cheesy or obscure to quite hit the mark. Still, there are the classics. For example, all Gaulish men have names ending in “-ix,” such as the druid Getafix, the fishmonger Unhygenix, the old man of the village Geriatrix. Likewise, other cultures have their own sets of pun-styled names (such as the Viking names ending in “-af” or the Goths in “-ic”). There are also plenty of other little jokes, including how the Germanic Goths speak in a gothic typeface and Egyptians speak in hieroglyphics. By today’s standards, a few of the jokes may come off as rude, mean or even offensive, for example, the visual portrayal of African people. But for the most part, many of the jokes are harmless. Other jokes may be quite dated, such as the various references to the film “Cleopatra: from 1963.

For the best books, one should probably aim for the initial Goscinny/Uderzo collaborations. These include many notable adventures, such as Asterix the Legionary and Asterix in Britain. The Uderzo solo books are a bit more hit-and-miss. Some are very good, just as good as the original collaborations, but some are lacking, and some are downright jarring, such Asterix and the Falling Sky, which features aliens, including Superman lookalikes. There are also various compilation albums like Asterix and the Class Act and Asterix and Obelix: The Golden Book, which are a bit out of the norm. I do appreciate the later experimentation of Uderzo, but some of the experiments were disappointing. The Ferri/Conrad collaborations are quite new and therefore there are only three of them so far. Though I have not read the most recent album, the other two (Asterix and the Picts and Asterix and the Missing Scroll ) have been quite enjoyable to read. Not as good as the best Goscinny/Uderzo books but certainly better than the worst Uderzo-solo books.

On top of the comics, there are also several animated films (plus a couple of live-action ones). The first of the animated films, Asterix the Gaul, feels a bit like watching the Flintstones, but the films improve for the most part, with my favourite being The Twelve Tasks of Asterix. Oddly, the film Asterix and the Big Fight has two English dubs, one British and one American, and for some reason the American dub changes the characters, names such as the fishmonger being called “Fishstix” instead of “Unhygenix” (also Asterix is voiced by the guy who played Fonzie from Happy Days). Strange.

If you’re up for some ancient adventures in Gaul and abroad, with plenty of bashing and smashing and hilarious jokes and numerous puns, then Asterix & Obelix is a series I strongly recommend. 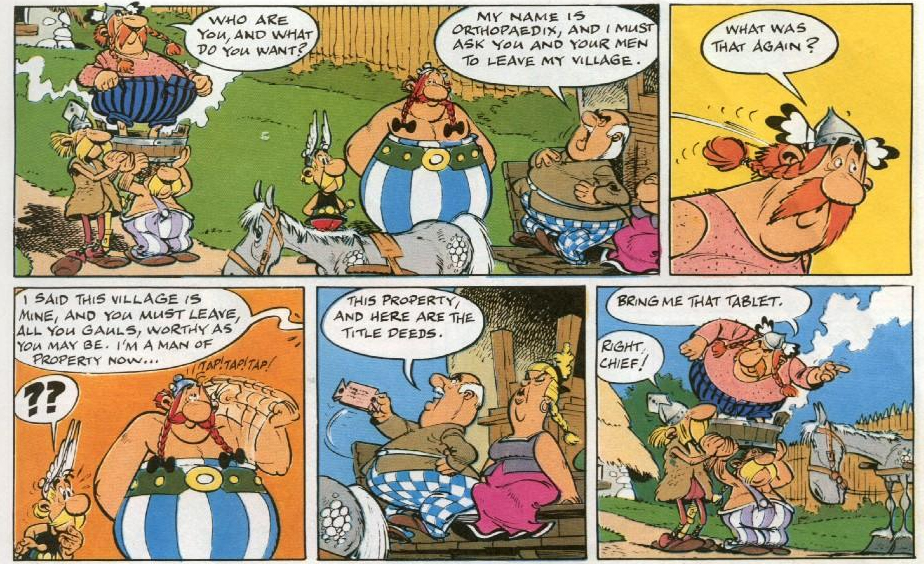