Our Comics in Transit comics are  currently appearing in bus shelters all over Vancouver, and we encourage you to check them out. Also, remember that we have a contest for the first people who post an image of each Comics in Transit location. So far we’ve received photos from people for five comic locations, but there are still numerous others with unknown artists that we’d like you to identify. Stop by one of the following locations, snap, a picture, and either send the image to info@cloudscapecomics.com or tweet it with #comicsintransit. Good luck! 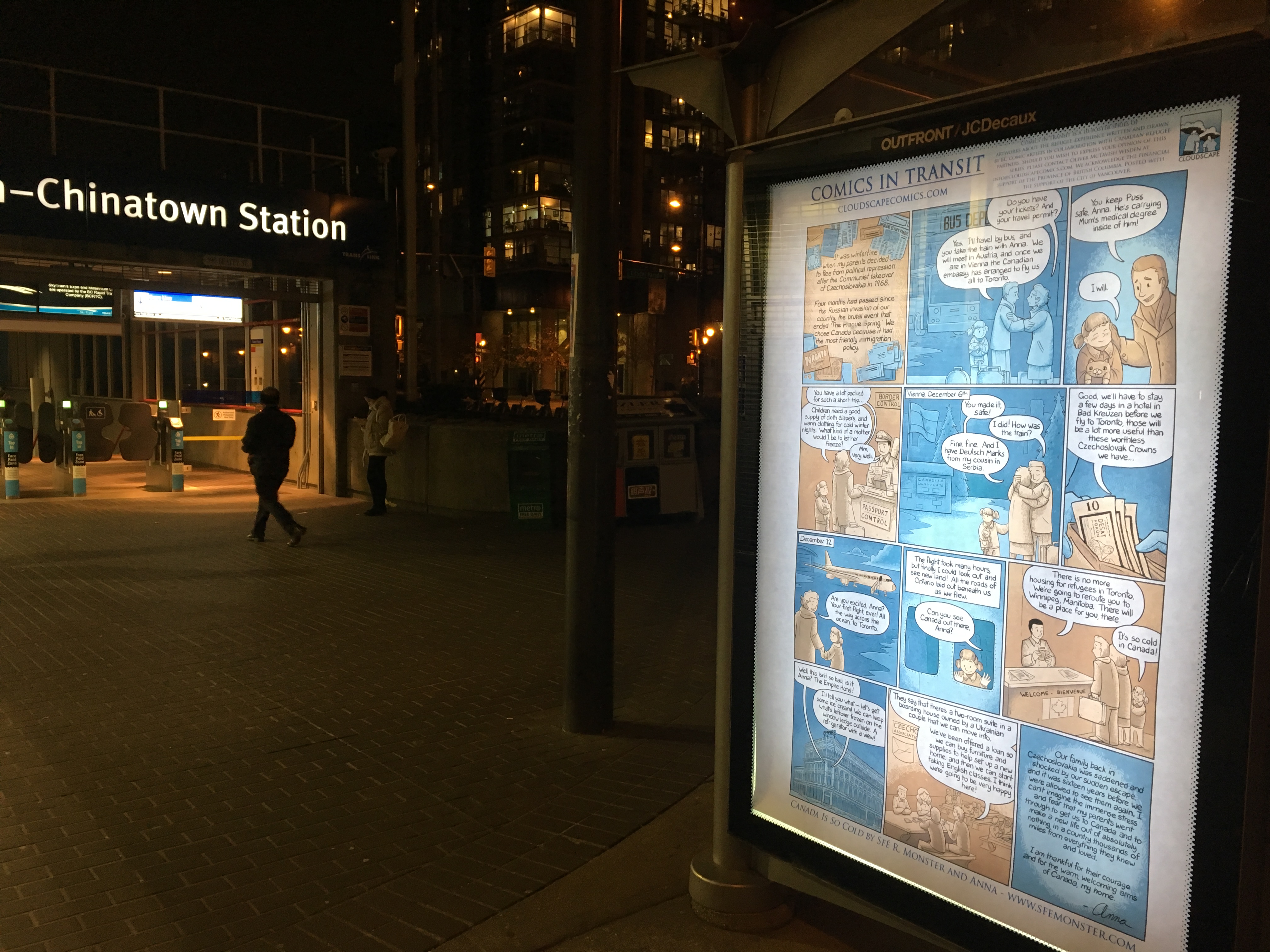