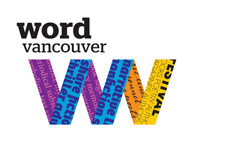 September 19-24 is Word Vancouver, Western Canada’s largest celebration of literacy and reading. Held at various venues throughout the city, this festival promotes books and authors with free exhibits, performances, and hands-on activities for a wide range of ages and interests. Along with numerous other creators and organizations, we at Cloudscape will be exhibiting for Word Vancouver. In addition, there will be various comic related-events on Sunday the 24th in the Alma VanDusen Room of the Vancouver Public Library, including: