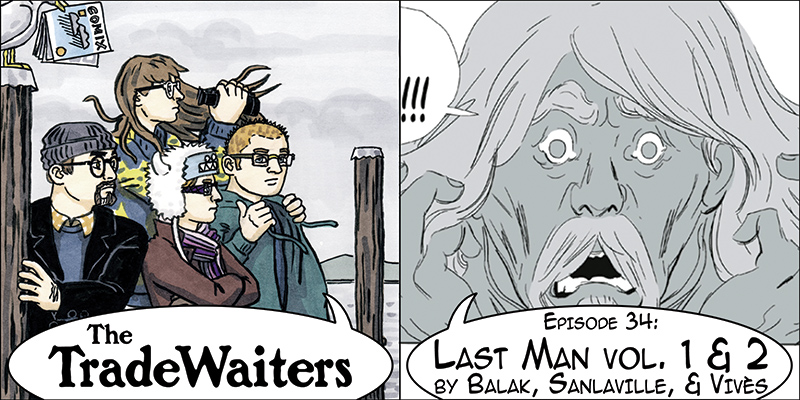 In today’s Tradewaiters episode Jess, Jam, Jon, and Jeff read the first two volumes of Last Man by the French team Balak, Sanlaville, and Vivès. Join us on a strange journey through a martial arts fighting championship on another world where nothing is quite what it seems. Caution: this comic, and our discussion about it, spend a not-insignificant amount of time talking about sexual assault.

And our own projects:
Phobos and Deimos by Jonathon Dalton
Crossroads by Jeff Ellis
Wasted Talent by Angela Melick, and
Liquid Shell by Jess Pollard.

Our next episode will cover the third and fourth volumes of Last Man by Balak, Michael Sanlaville, and Bastien Vivès. Only one man must remain!