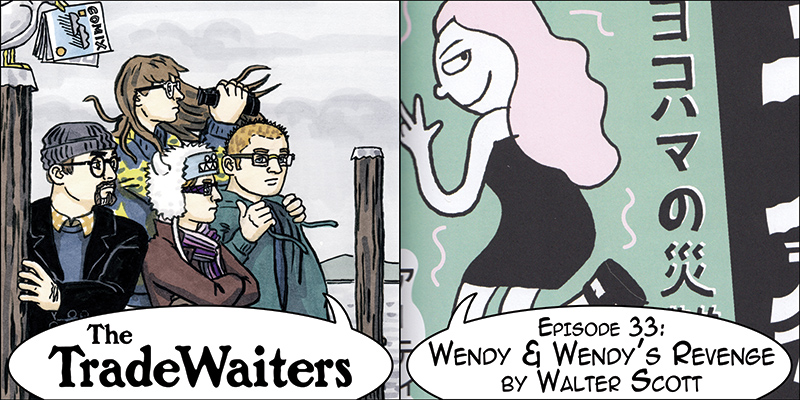 Join Jess, Jam, Jon, Jeff, and kgros for another episode of the TradeWaiters. We read Wendy and Wendy’s Revenge by Walter Scott, a gritty tale of post- art school drama told in a super-indie style. Come for the insightful comics discussion, stay for the totally stealable gallery show concepts.

Also mentioned in this episode:
The Imposter with Aliya Pabani
Softr by Jasmine Schuett
Delilah Dirk and the King’s Shilling by Tony Cliff
Lucky’s Comics in Vancouver
and the Juicero

And our own projects:
Phobos and Deimos by Jonathon Dalton
Crossroads by Jeff Ellis
Lunar Maladies by kgros
Wasted Talent by Angela Melick, and
Liquid Shell by Jess Pollard.

Our next episode will cover the first two volumes of Last Man by Balak, Michael Sanlaville, and Bastien Vives.