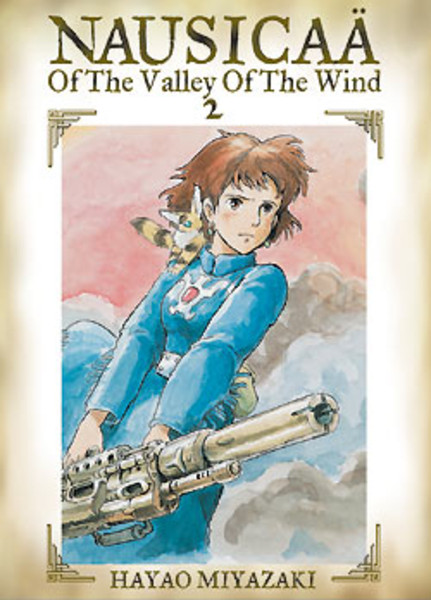 Nausicaä of the Valley of the Wind by Hayaeo Miyazaki present a world in which several centuries ago, great god-warriors roamed the world and engulfed everything in flames. When the flames faded, a vast poisonous forest appeared, guarded by enormous insects. Humanity’s numbers have dwindled severely, and most live beyond the poisonous forests – in the deserts and on the mountains. The Valley of the Wind is one such place. And it is here that the Valley’s princess, Nausicaä, begins her journey through nature, conflict, and hope.

Nausicaä is immense. Most pages consist of 10-11 panels; thus the book is bigger than the usual tankōbon (the pocket-sized manga books usually 5” by 7”) with pages of 7” by 10”, allowing for full appreciation of Miyazaki’s intense details. With Nausicaä, not a single page is wasted. At no point did I feel there was any time-consuming filler: everything had a purpose. The action scenes were intense, the dialogue scenes were informative, and pacing was juuuust right. Furthermore, each of the seven volumes had their own build-ups and climatic moments, and each major event was more impressive than the preceding one. It is clear that what Miyazaki delivers in his films is also, well and truly, delivered here in this manga series.

Compared to a feature film, Nausicaä’s story lasts much, much longer. On top of that, the amount of characters we discover, the detail to which they are developed, the world that is shown to us, and the deep journeys into mind, soul, ethics and conflict are all phenomenal! You may be familiar with the animated film adaptation of this story, of the same name. It too was created by Miyazaki, along with the forerunners of Studio Ghibli (and is often considered to be Studio Ghibli’s first feature film). However, despite having the same creator, the animated film has significant differences, primarily due to the story length limitation. It would probably have taken three to five films or even an entire animated series to fully tell the original story as it appears in the manga series.

Essentially, what Miyazaki did with the movie version was rearrange various characters, with motivations altered, which created a sort of “alternate reality.” The most similarities are in the first two of the seven volumes of the manga, with similar events happening. But after that, whilst the film goes one way, the manga series goes another. Despite being different from the original source material, the animated film is still incredible in its own right, an absolutely amazing piece of art.

I strongly recommend you watch and read this story if you haven’t already. If you enjoyed Miyazaki’s animated film masterpieces like Spirited Away or Princess Mononoke, you will not be disappointed with Nausicaä of the Valley of the Wind . It is truly a memorable experience. 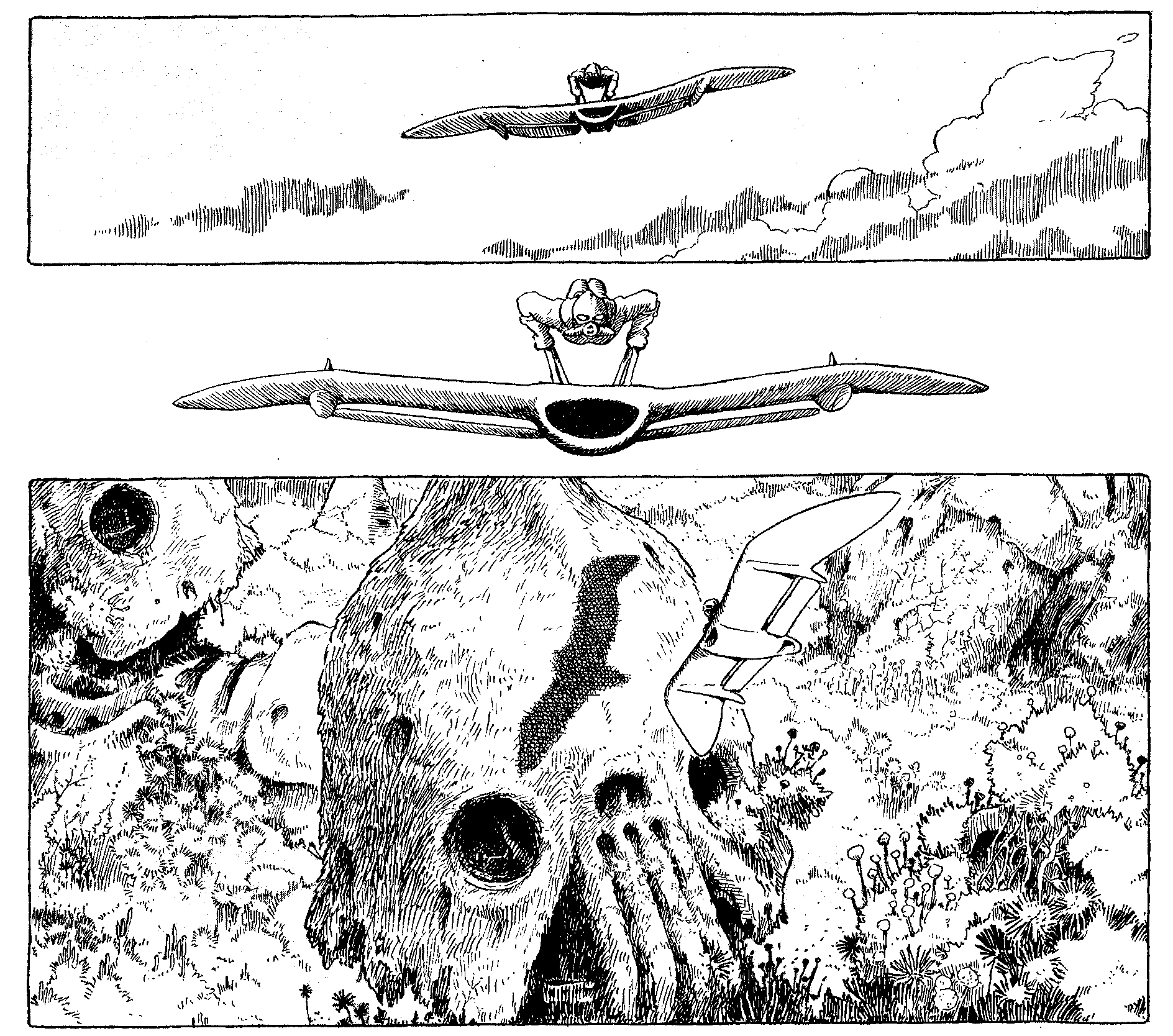