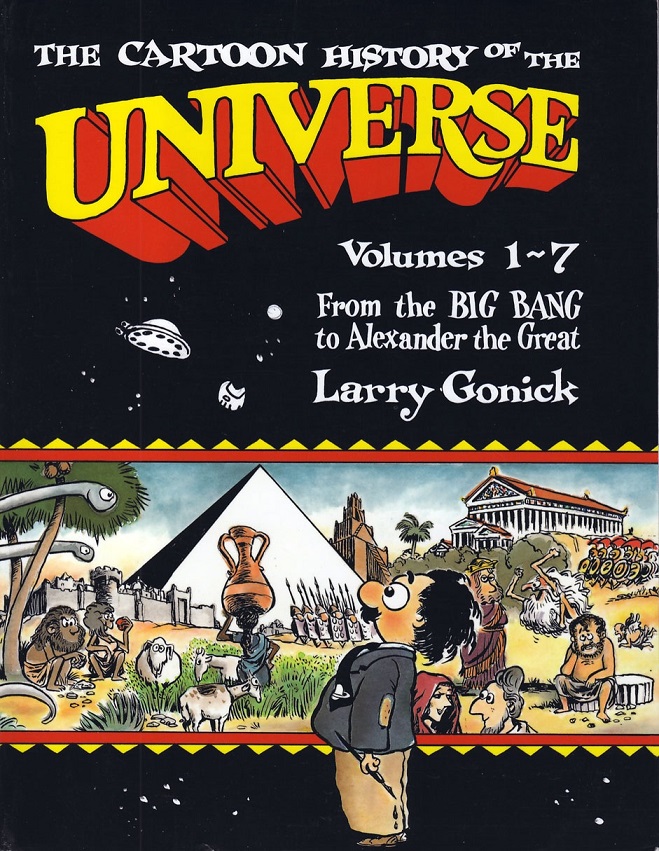 To give an idea of the scale we’re dealing with, here’s a list of all the books in the series:

So we’re dealing with well over 1900 pages here! I’ll talk about the History of the United States at the end, so starting off withThe Cartoon History of the Universe I, it does indeed provide a history of the universe, but only for one chapter. In fact, at about 50 pages in we’re even done with the dinosaurs, and now it’s on to ancient humankind. So… yeah, a lot is abridged. Even within the book, Larry Gonick (who features as the narrator) mentions how he wishes he could show more, but simply cannot due to time and space constraints. It is a shame though, because learning things can be so much more interesting when they are in comic format.

Anyhoo, the books move on. The way they’re set-up,  the Universe ends and the “Modern World” begins around the time that Columbus discovers America. Go figure. To be honest, the word “Modern” gets used in so many different ways by so many different people that it could easily be whatever you want it to be. Perhaps there was some kind of special publishing reason to change the title between books, but going from “Universe” to “Modern World” doesn’t feel that consistent. I’d prefer if they were all just titled Histories of the World I-V.

Still, Gonick gets the job done, and provide informative, oftentimes humorous, and certainly energetic history lessons, with important bits of information taken from all around the world. There is, of course, stuff missing, but for anyone interested in history in general, The Cartoon History is a great starting point. While I’m at it, I’ll also recommend Crash Course’s World History video series (available for free on YouTube).

As for the illustrations, Gonick’s style is pretty toony, and if you’re okay with that, then there’s not a problem. However, it does get quite messy at points, sometimes faces get oddly distorted, and occasionally the general style of the whole chapter seems to change. For example, in the first book the last chapter felt almost like someone else, not as skillful, had drawn it. Fortunately, the first chapter of the second book went back to normal. Aside from these occasional changes, the art style remains fairly consistent. Furthermore, whilst Gonick may draw toony people, he does a good job on the bits of detail that he chooses to highlights (for example, ancient statue designs).

You will also find footnotes throughout the book illustrated by extra large asterisks, and the bottom three panels or so of the pages often go into more illustrated details. These confused me at first, but quickly I got used to them. As for historical accuracy, I can’t say for sure, though with any historical writing  you’re bound to find the occasional thing that contradicts what other historians have said. You’d best use your best judgement and research to deal with that. All in all, I found these five history books incredibly enjoyable to read. Not only did I learn a great deal of world history, but I also had a lot of fun with the many jokes and curious cartoons. I personally always learn the best from comics, so this was a terrific resource.

To finish up, let’s quickly look at The Cartoon History of the United States. It was written before the other five history books, and it shows. Here Gonick’s art style is much messier and much more stylized. And despite there being more pages in this one book than in any individual books of the other five, there is less content, since there are often less panels on a page, more full-page illustrations. Gonick does go into a lot of detail about the US, but the art style has really put me off of this. 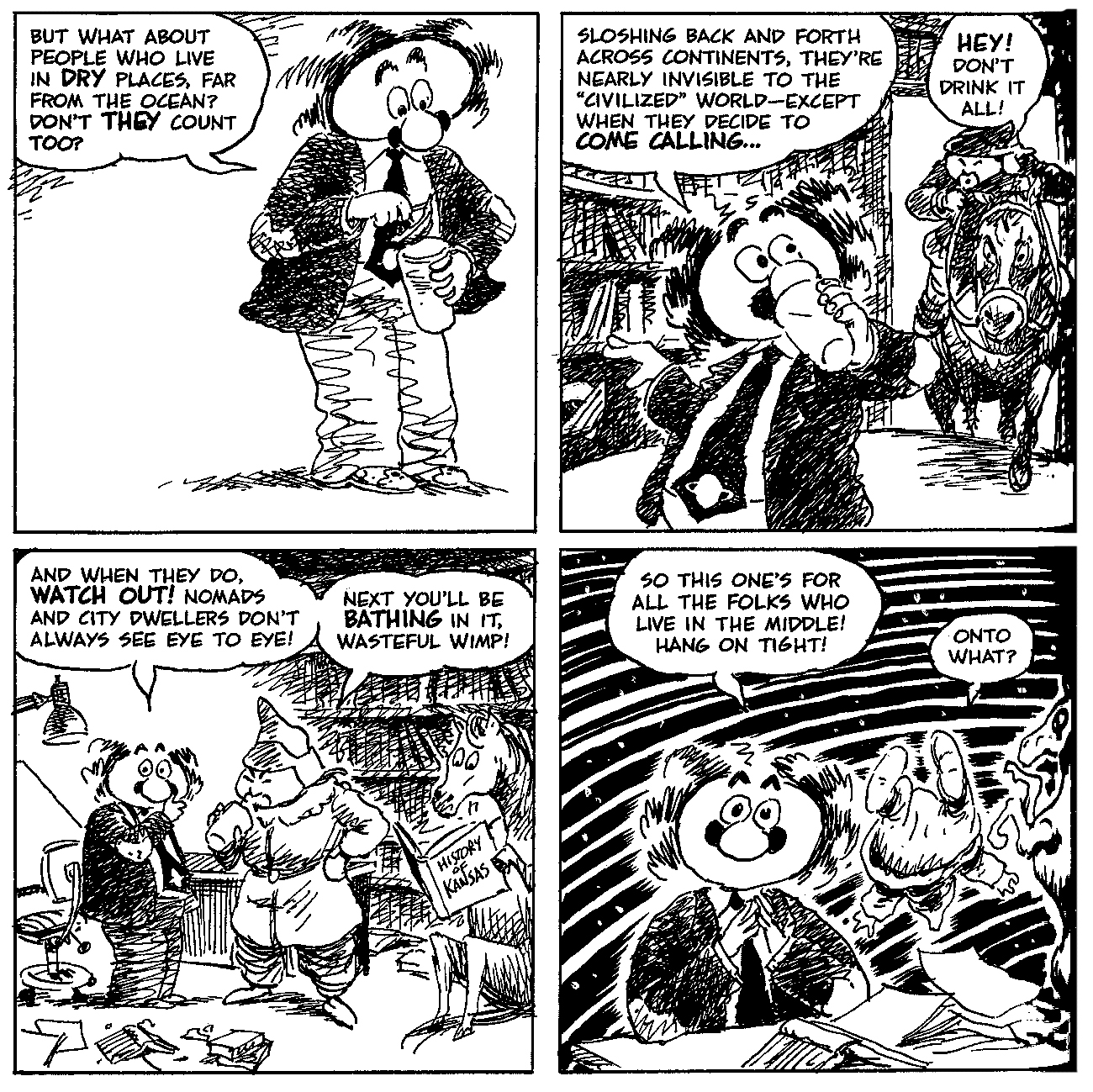