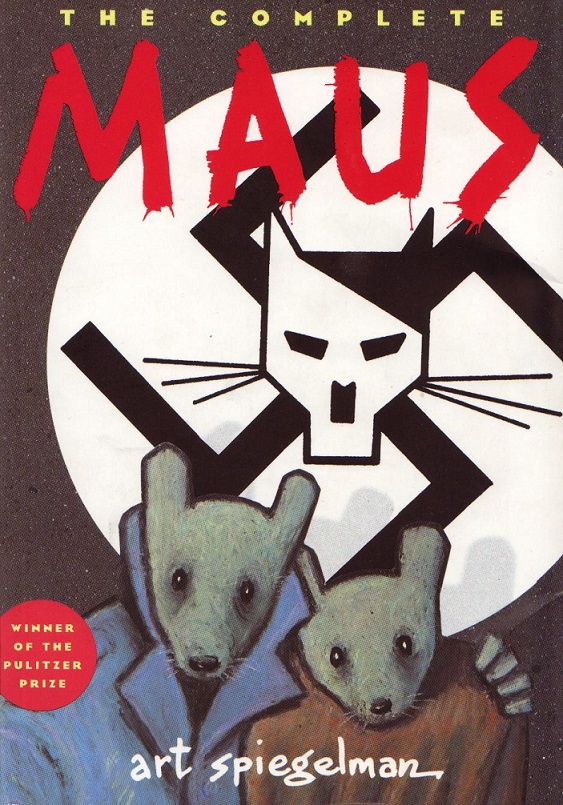 Maus by Art Spiegelman is among one of the most famous graphic novels of all time. Available in either two volumes (Maus I & Maus II) or as The Complete Maus, this book is truly something special.

This autobiography has Art Spiegelman’s father, Vladek, recounting the hardships he faced before and during the Holocaust of World War II. This is the central story, but what is also told is Spiegelman’s relationship with his father as he tries to get Vladek to recount all the events. The graphic novel actually starts with Spiegelman visiting his father’s house, sitting down and talking to him. Vladek narrates the story in his somewhat broken English, but when characters speak within that story, their speech is normal. As a result, we feel like we’re sitting with Spiegelman listening to Vladek tell his story. At the same time, we see Vladek’s tale very clearly, and are able to keep track of the simultaneous timelines with ease.

Reading this story feels more like hearing it. We hear Vladek describe the town he grew up in, the people he knew, the happy times he felt, and then the desperate and terrifying times — the brutal and unforgiving hatred that surrounded him and his peers. As you read, you often wonder “How on earth did Vladek survive this?” but of course you know he did because he’s there in the frame narrative telling the story. Yet the situations become so desperate and horrible you sometimes almost question them. If it were a fictional story, you might not let the writer get away with it, but because it is real, you can only nod your head and remember that real life can be truly monstrous.

In Maus all characters are depicted as certain animals. Jews are depicted as mice, Poles as pigs, Germans as cats, and so on. It is somewhat cartoony but at the same time the story remains very serious. This art decisions is the most curious thing about the book. If Maus were realistically and meticulously detailed, it would certainly read differently. I’m not sure if it would read better. Having the characters drawn this way makes it a little easier to deal with all the Nazis atrocities that happen within the story. These mouse-people look quite adorable, but then we see the kinds of things that happen to them and we experience a strange mix of emotions: sadness and terror mixed with a kind of surreal absurdity. We know they represent Jews, but if we were unaware of that, we would only see mouse-people stuck in seriously brutal situations. It’s quite peculiar, and yet surprisingly powerful.

World War II has countless stories, countless victims of a countless variety. Here is one story from one man, and it is a very potent one. 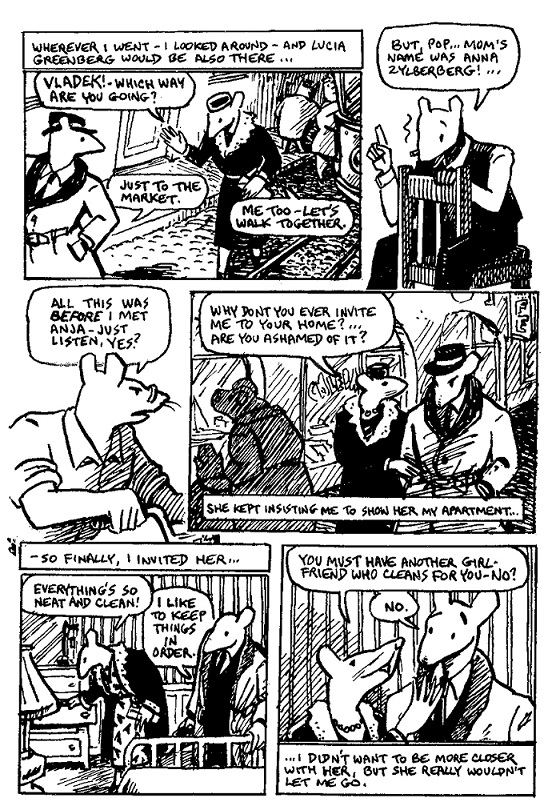