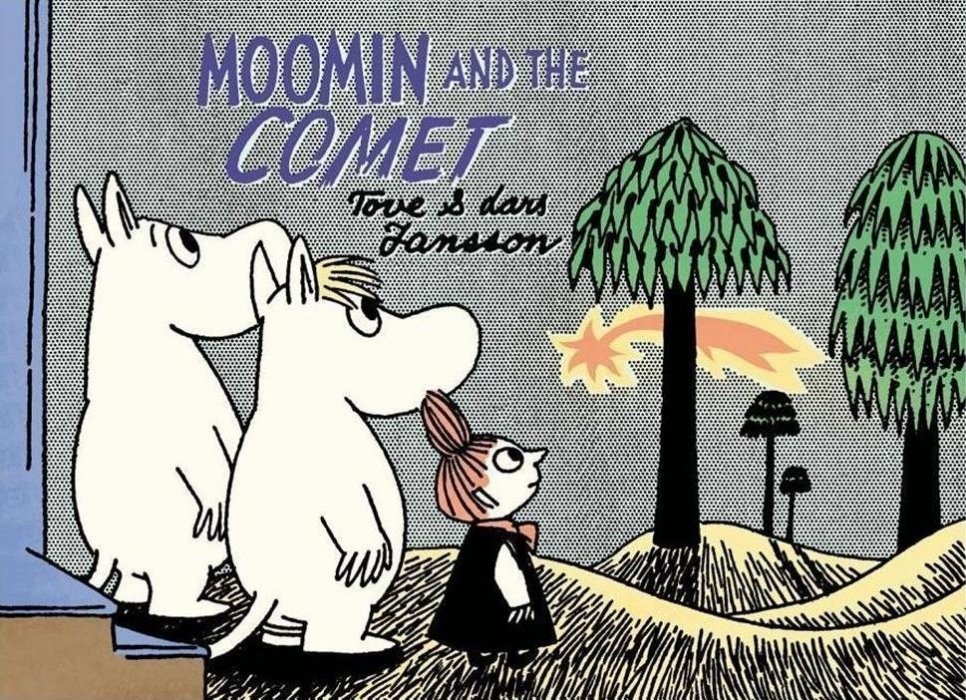 The Finnish characters the Moomins have been featured in numerous comics, novels, animated shows, and even theatrical performances. However, the book we’ll be looking at today is from the original newspaper comics by the Swedish-speaking Finlander Tove Jansson. Moomins are creatures that somewhat resemble hippopotamuses, and live in the surreal valley of Moominland, along with many other unique creatures and peoples, such as the very small young woman Little My, who is in fact not human but a “mymble.” The era the characters live in is somewhat timeless, but you will see modern things such as jam, radios, and guns now and then. The Moomins are very well known in not only their homeland Finland, but also Korea, Japan, and many other nations. In Finland the Moomins can be found on stamps, postcards, stickers, magazines, and everywhere else. Back in 1945, when the first Moomin story was published, Finland was still a young nation, and the Moomins became a big part of the country striving to achieve a national identity.

The particular book I’m reviewing is a collection of the newspaper comics that covers the Comet Saga, and one of the collaborations between creator Tove Jansson and her brother Lars. Tove Jansson based Moomin and the Comet off the second Moomin novel: Comet in Moominland. In this particular saga, a comet is fast approaching earth. The heat is so intense that it even starts drying up the land itself. Moomin, his girlfriend Snorkmaiden, and their friend Little My go forth to find out more about the comet and discover if anything can be done. Even though both the comic and the original novel were written and illustrated by the same person, there are some differences to accommodate the different chronology of the comic. For example, this is the novel where Moomin actually meets Snorkmaiden for the first time, whilst in the comic, he already knows her.

It helps having some familiarity with the Moomins before diving into this particular saga, and if you don’t, prepare to be a little perplexed with some of the visual designs and the world. Despite this, there is always a lot of humour, adventure, and fun. Jansson’s line art is full of expression and freedom, and there are oftentimes creative approaches to panel gutters (such as using an electric cable to divide panels). Because this story was original individual newspaper strips, the pacing is different from, say, a comic book, since some kind of standalone point has to be made every three panels or so.

Though the comic was originally printed in black and white, spot colour has been added for this collected version. This added colour works well for me. I appreciate the distinct ambiance in both the story’s original black and white, and its updated colourised format.

If you’ve become wondering about the surreal, fun and surprisingly true-to-life world of the Moomins, you can find out more by picking up Moomin and the Comet or one of the many, many other Moomin comic collections or novels. To learn more about all things Moomin, visit the official Moomin website. 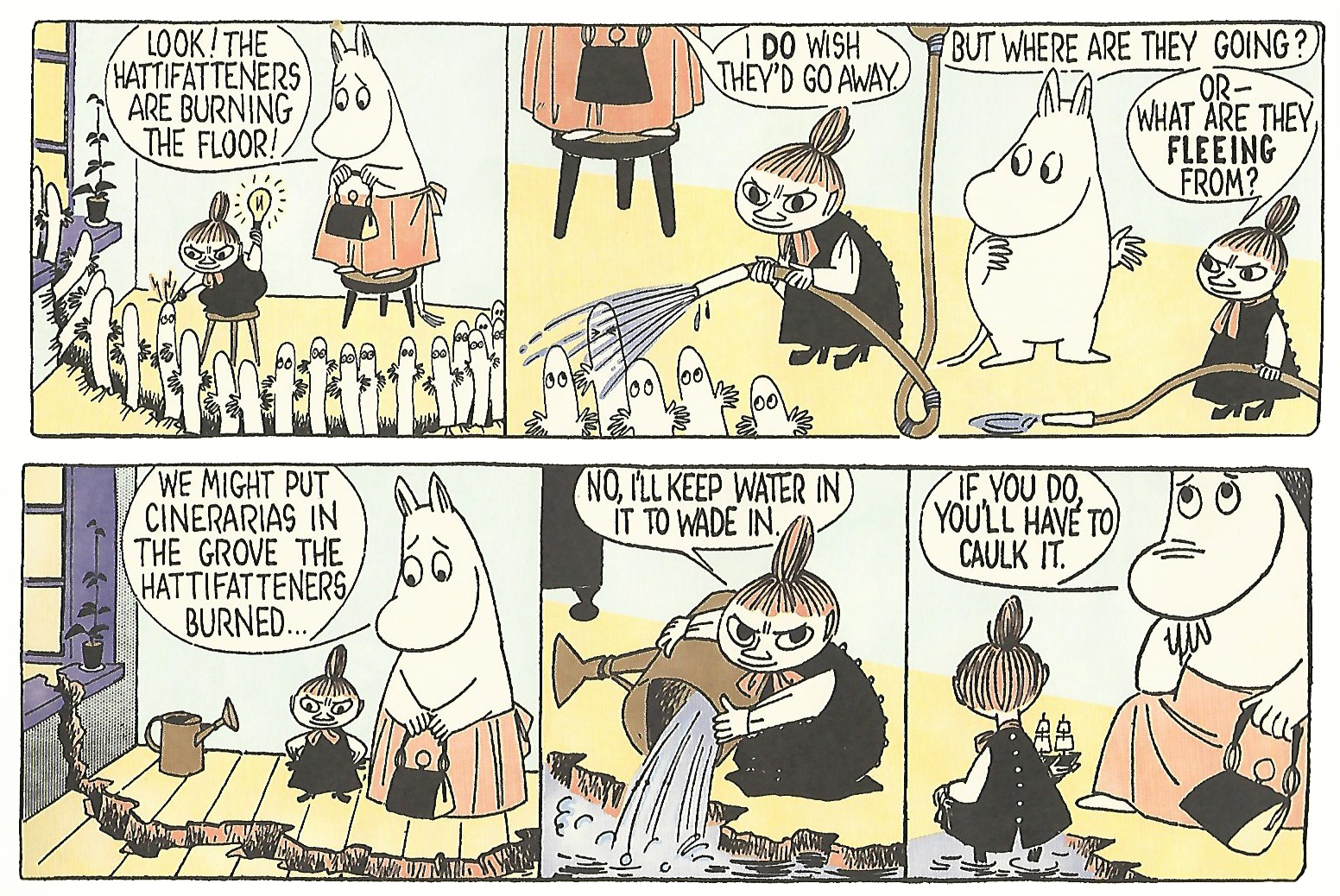