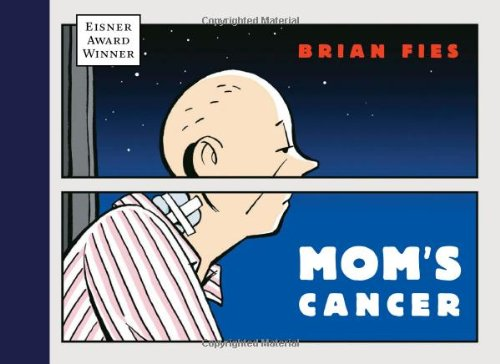 Mom’s Cancer by Brian Fies is a very moving story of a mother in her sixties being diagnosed with cancer and how her three children do their best to help her. It is an autobiography told by Brian, the eldest of the mother’s children.

Events start at the home – the first page showing the mother suffering some kind of stroke. It doesn’t leap to the hospital right away, but instead first shows how the family reacts on that day and waits the next morning, slowly easing up to the diagnosis.

The hospital scenes are done particularly well, capturing the elements of hospital experiences that we can all relate to. During all these challenges, you really grow attached to the characters, as everyone knows people like this, and you admire their courage. As you read, you wonder how it might end; what will happen to the mother? The story is very well done, and unlike some books, the ending isn’t given away early on. I’ll leave you to find out what happens for yourself.

I particularly like the drawing style. Fies is able to capture personality and humanity very well. Extreme detail in comic book art can sometimes limit the personality of a story, while a style that’s too stylized can often become distracting. Fies’ style fits right in the middle of these two extreme, which is just right for this kind of story.

So why the second cancer-related graphic novel review in only so long? Well, that’s because I myself had cancer at one point. I spotted it very early and it was very quickly dealt with by the National Health Service. Within in a week my cancer had been removed, no chemotherapy or radiation treatment. I was extremely lucky, and reading Mom’s Cancer along with Our Cancer Year by Pekar and Brabner has shown in so much depth and detail what could have happened to me and what has happened to so many people and families out there.

I won’t spoil the ending for you, but the official website will if you don’t know where you’re going. So if you’re taking a look at the original webcomic, make sure to start on the first page of Mom’ s Cancer.  Or you could pick up the collected book instead, just like I did. 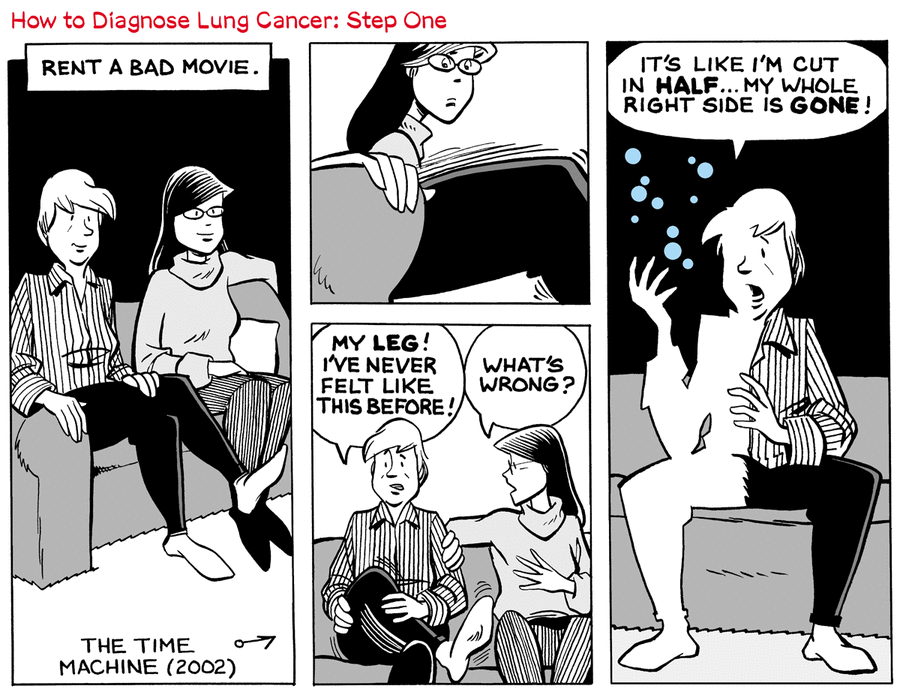