The Quest for the Big Woof, written by Lenny Henry and illustrated by Steve Parkhouse, is a British comedic graphic novel from 1991 about the life and mind of Lenny Henry.

The story is pretty straightforward: Henry is in the process of writing gags for his upcoming stand-up tour, but he is hit with a severe case of writer’s block. So one day God shows up to help him. Not in a religious praise-Jesus kind-of-way, but more like a wise teacher Gandalf kind-of-way. This makes for some interesting little adventures into the mind and imagination of Lenny Henry.

A great part of the jokes are British cultural references. However, though I lived in Britain for the first 22 years of my life, because Big Woof was written the same year as I was born, a lot of the pop-culture specific jokes didn’t connect with my cultural experiences. Those jokes would be better understood if you were touch with Britain’s comedy and were born, say, before 1980. However, the rest of the jokers don’t require such a knowledge of pre-90s British culture. That’s where I found myself laughing the most. My favourite parts of the book were when Henry talks about his childhood and personal history; short stories of a young man of Jamaican-heritage growing-up in England and experiencing discrimination or being tempted by peer pressure. Stories like these have quite an impact when juxtaposed with comedy.

The artwork syncs-up very well the jokes. Parkhouse manages to capture life, emotions, and absolutely hilarious faces. He has done a downright wonderful job in terms of artwork. The artistic references make even those unfamiliar with the exact references pretty intrigued at the styles produced. I found myself laughing so much at some of the quirky drawings alone.

Though I found much of the writing somewhat lacking, the number of cultural tributes, different styles and the highly energetic artwork of Parkhouse really push the book up again. It’s worth a little look if you come across it. It’s pretty obscure, but you might be able to get it used on Amazon.co.uk. I found mine when I was helping out in my high school library (more like a bookshelf, to be honest); they had wanted to throw it out! But I saved it, and it is mine now! 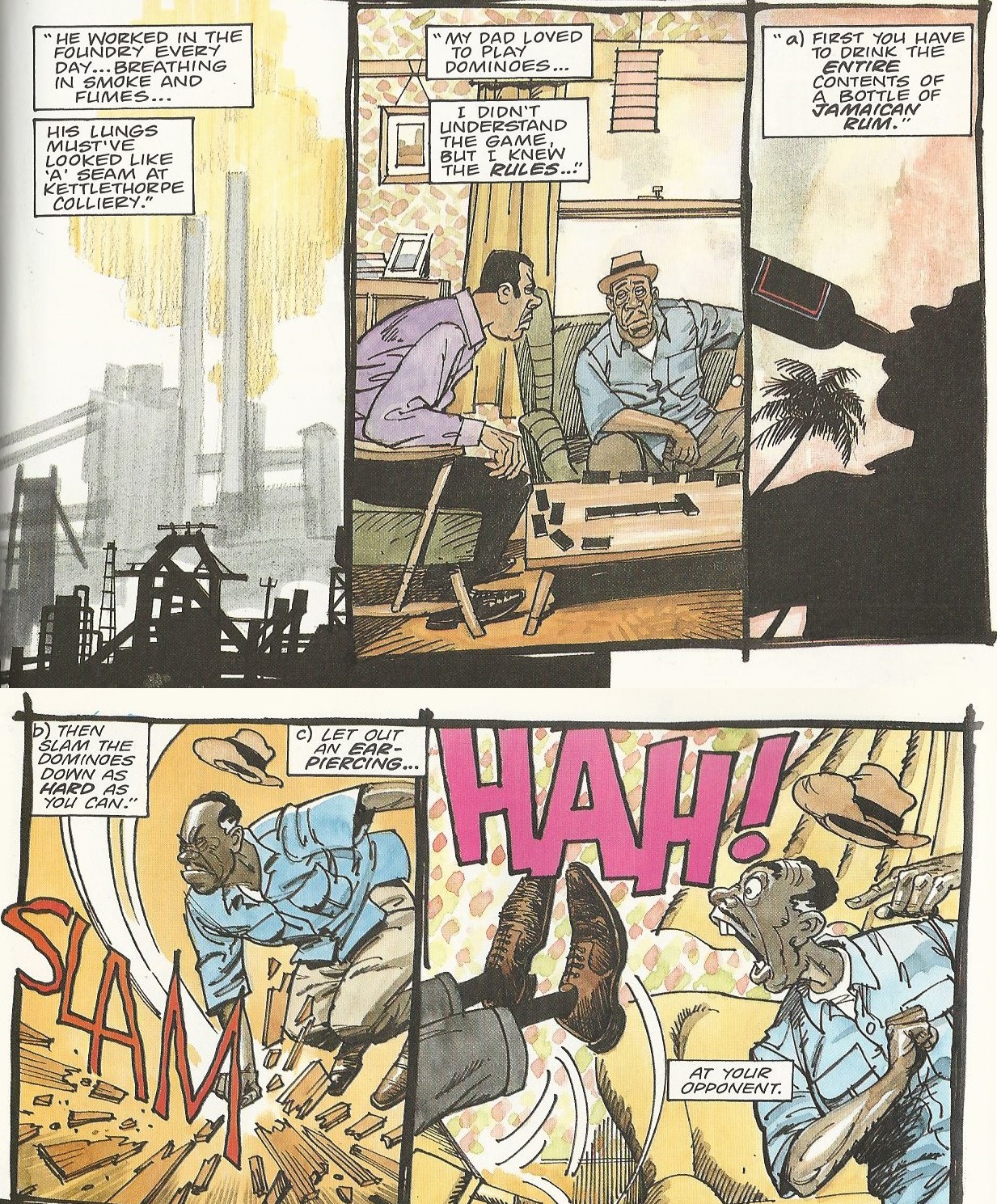