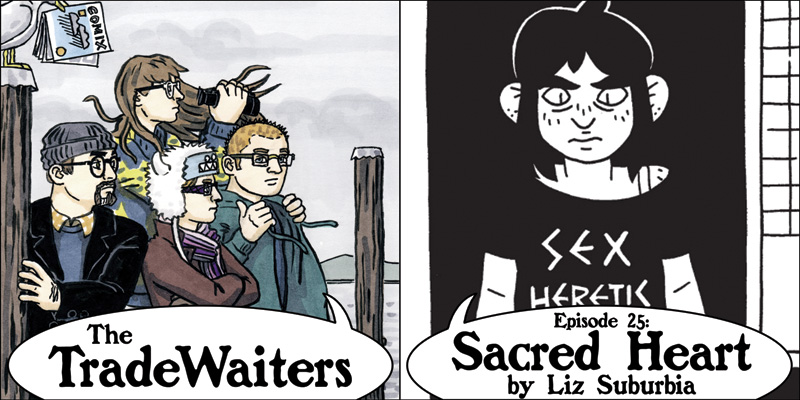 Stuff is bad right now. Let’s read a book! In this episode Jon, Jeff, Angela, and kgros read Sacred Heart by Liz Suburbia, about a group of punk teens surviving in a town that seems to have no adults. Spoiler alert: something mysterious is going on. Also in this episode you’ll find out our panelists’ favourite conspiracy theories, and our thoughts on depicting atmospheric sound in comics.

Our next episode will cover Americus by MK Reed and Jonathan Hill.