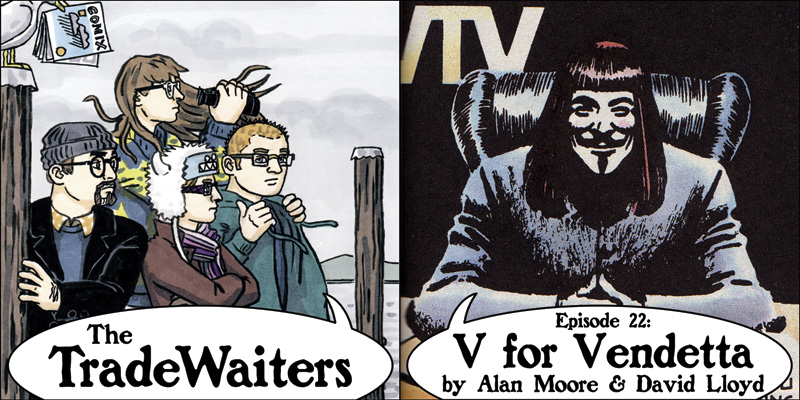 Voila! Let us next volunteer V for Vendetta, the volume by Alan Moore and David Lloyd. But are they visionaries viewing behind the veil, or vandals giving voice to violence? Join Jonathon, Jeff, Angela, and kgros as we debate the merits and shortcomings of this dark and gritty and deeply political graphic novel. The discussion ranges from violence against women and anarchy as a lifestyle, to a movie with the same name and an internet movement with the same face. But don’t worry, we still have time to talk about the fan fic possibilities and our favourite spiral staircases.

Our next episode will cover Cul de Sac: This Exit by Richard Thompson.