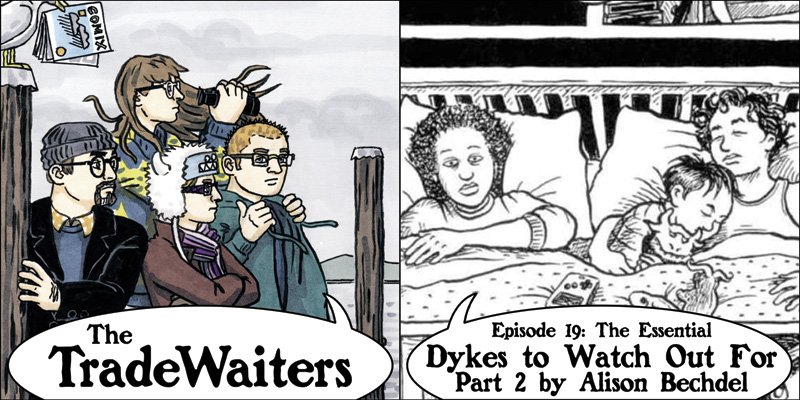 Episode 19 continues the discussion from our previous episode on The Essential Dykes to Watch Out For by Alison Bechdel. Jeff, Angela, and Kathleen are once again joined by special guest Sfé R. Monster while Jonathon is busy doing work or something. Don’t let the lengthy discussion on long-running Canadian TV franchises at the start of the episode fool you, this episode gets in-depth with a seminal comics work, with politics, representation, and life in general. A melancholy time was had by all.

Also mentioned in this episode:
Fun Home: a Family Tragicomic by Alison Bechdel
Degrassi: Extra Credit by J. Torres, Ed Northcott, and Steve Rolston
No Mercy by Alex de Campi and Carla Speed McNeil
Vattu by Evan Dahm
So You Want to Be a Wizard by Diane Duane
Michael Ondaatje
JJ McCullough
TechRax

Our next episode will cover at least the first two volumes of Bakuman by Tsugumi Ohba and Takeshi Obata, with the episode after that covering at least two more volumes. We’re doing a marathon Bakumathon.