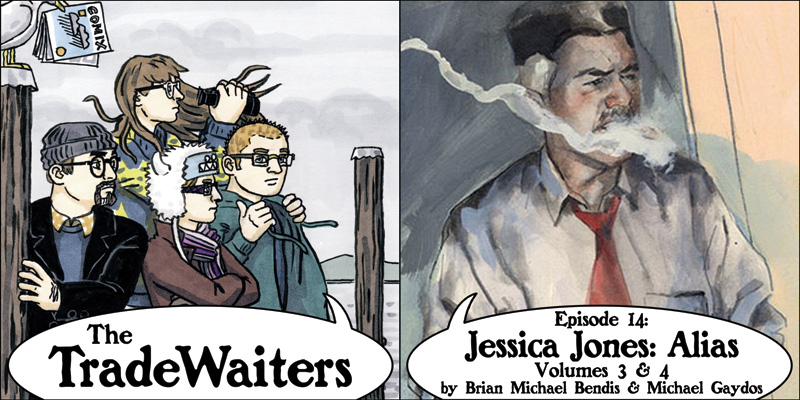 In this episode we continue to read through Marvel’s Jessica Jones: Alias by Brian Michael Bendis and Michael Gaydos, with volumes 3 and 4. We talk about the tricky dance of words and pictures in this series, hypothesize about a Marvel non-comics AU, dis the Savage Land, compare non-canon doujinshi on Wolverine, and discuss post-renaissance mannerism. Oh, and the Jessica Jones Netflix series gets some airtime too. Come with us, on a journey, with your pals, the TradeWaiters.

Episodes 15 and 16 will be another two-part series, on the first and second halves (respectively) of Hayao Miyazaki’s Nausicaa of the Valley of Wind.

You can also follow the TradeWaiters on Tumblr and Soundcloud.