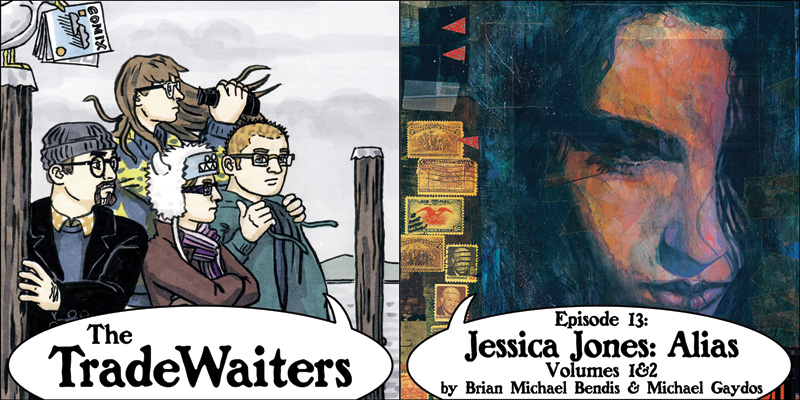 We’re trying something different! Episode 13 of the TradeWaiters will cover the first two trade paperbacks of Marvel’s Jessica Jones: Alias by Brian Michael Bendis and Michael Gaydos, and then episode 14 will cover volumes 3 and 4. Alias being a Marvel book, it’s a hard sell for some of the TradeWaiters, but we get in pretty deep with the book’s pros and cons. If you’re a comics reader, a comics maker, or just a fan of the Jessica Jones Netflix adaptation, give us a listen and decide for yourself.

The next episode will continue the series with volumes 3 & 4 of Jessica Jones: Alias by Brian Michael Bendis and Michael Gaydos.

You can also follow the TradeWaiters on Tumblr and Soundcloud.