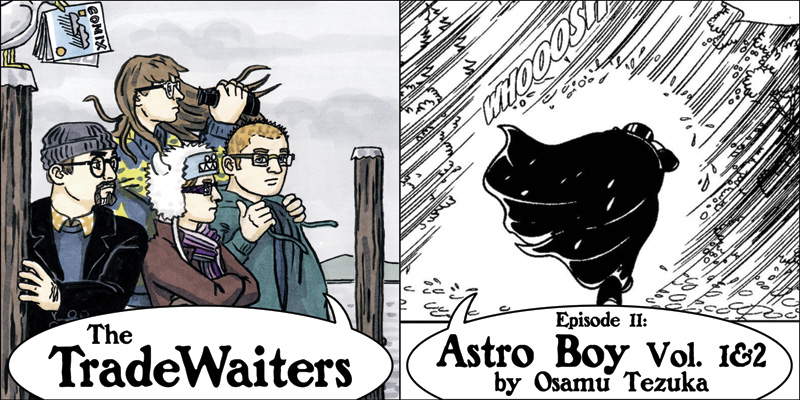 For today’s episode Jon, Jeff, Angela, and Kathleen read the first two volumes of Dark Horse’s translation of Astro Boy by the godfather of manga, Osamu Tezuka. Travel back in time with us to the dawn of modern Japanese comics, and then forward again to the distant future of the year 2000 and the dawn of the age of robotics. Tune in for an in-depth discussion of the pros and cons of butt guns, cartoon dog cars, and angry eyes.

Also mentioned in this episode:
Black Jack, Phoenix, and Buddha, also by Osamu Tezuka
Pluto by Naoki Urasawa (a re-telling of the Astro Boy story “The Greatest Robot on Earth”)
Blade of the Immortal by Hiroaki Samura
Little Nemo in Slumberland by Windsor McKay
Asterix: The Mansion of the Gods
The Angouleme Grand Prix

Our next episode will cover Nimona by Noelle Stevenson