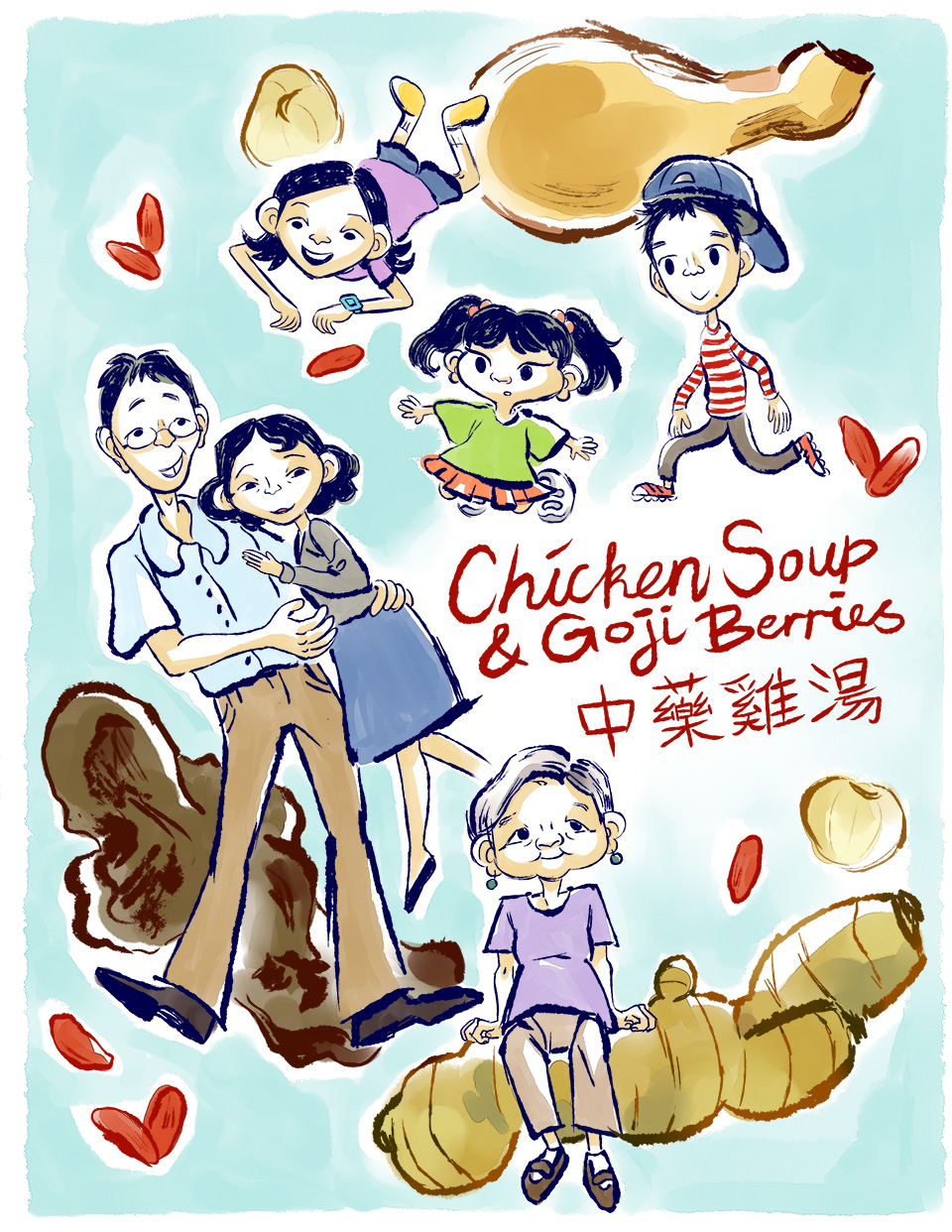 Chicken Soup & Goji Berries is written by Naomi Cui and illustrated by Janice Liu. It is a story about the Yang family, a Chinese immigrant family living in Canada, and the arrival of their grandmother (Nainai), who has come to live with them. Throughout the story we see family life and mini-adventures, focusing primarily on how the family interacts and learns from Nainai.

One of the most fascinating elements of this comic is the crossover and mixing of languages. Various characters use a mix of spoken English and Chinese; as stated in the ‘About this Book’ section of the print version, “many immigrant families in Canada communicate to each other in a combination of both English and their native language.” So whilst the children might address their parents in English, the parents would reply in Chinese, which is compellingly explored in Chicken Soup & Goji Berries.

In order to accurately portray what language is being spoken at what time, the comic by default shows written Chinese when characters are speaking Chinese, and written English when they are speaking English. On the web version, you can translate the Chinese to English by scrolling over the speech bubbles, and likewise you can translate the English to Chinese by scrolling over those sections. This creates a very natural and effective way of showing the cultural crossover, and I found it to be a new and enjoyable reading experience. Conversely, the print version accomplishes this effect by having the comic pages, which feature the default text, on the right-hand side of the page spread and then, on the left-hand side, the text is isolated over a white background (in the same location as before) but with the Chinese and English swapped/translated (as seen in the image included in this article). Whilst the print version’s reading experience isn’t as swift and fluid as the webcomic version, it’s still well done and doesn’t get in the way much at all of the reading experience.

This use of language plays an important role in seeing the problems that some characters can have with communication. For example, one chapter show the challenges involved with Nainai not knowing how to speak English, as well as Xinxin (the youngest child) having trouble speaking Chinese, as she is still in the process of learning the basics.

The artwork is fantastic, with delightful drawings overall and excellent character design that gives each individual a unique appearance without it being either jarring or over-the-top. The webcomic version has the first chapter in full-colour, and while the black & white (for print) and blue & white (for webcomic) pages are good, the full-colour pages are even better and I would enjoy seeing the whole comic that way. Likewise, I’d like to see even more of the story continued, as well as more examples of cultural crossover, challenges and potential conflict. But as it stands, for what it is, it’s a really good comic already.

The characters are very likable, the story has fun little surprises, and overall it’s a short but enjoyable journey of family members connecting with each other. I look forward to checking out more work from Cui and Liu in future. If you’re interested in seeing the comic for yourself, you can find it at http://www.chickensoupcomic.com/. 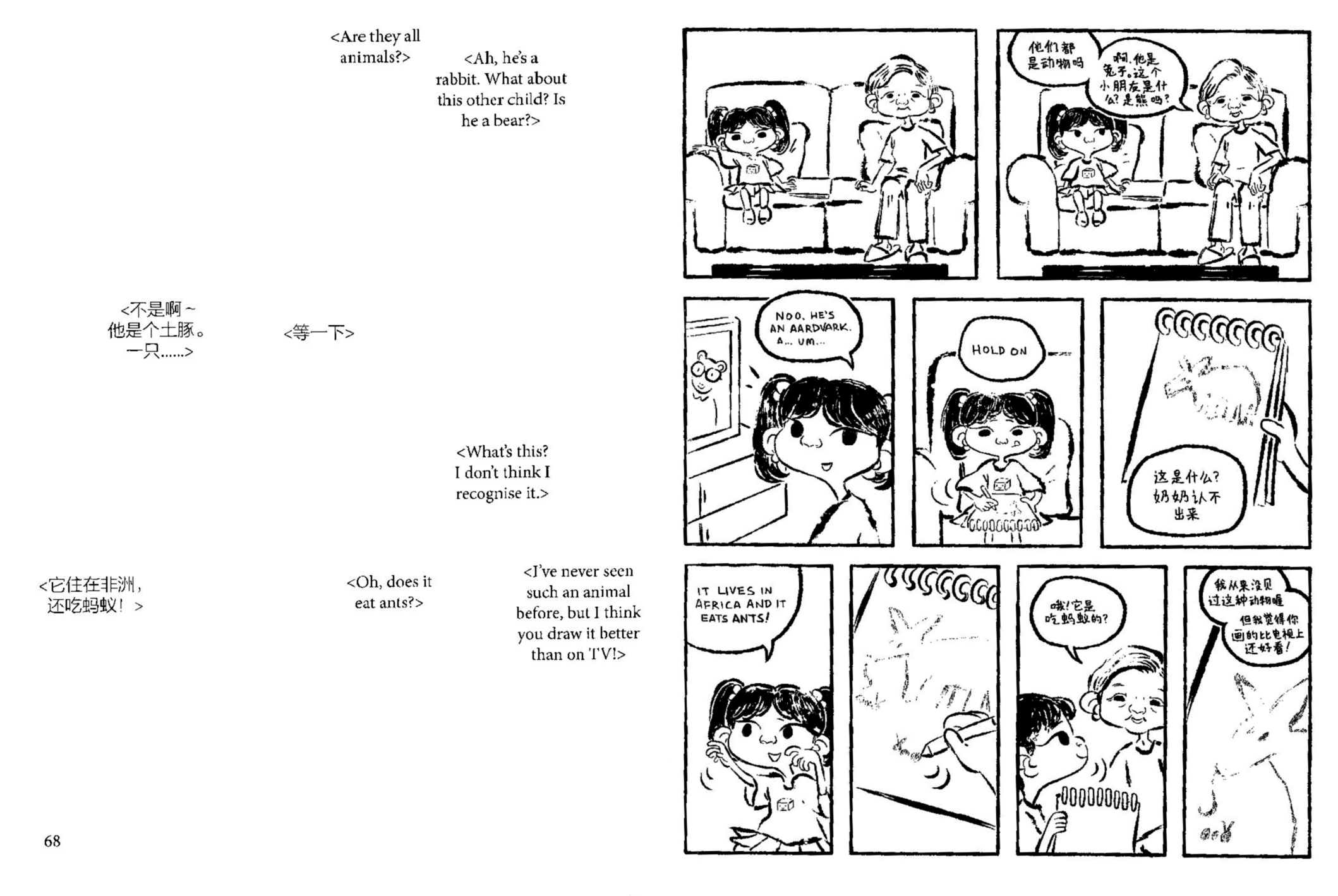