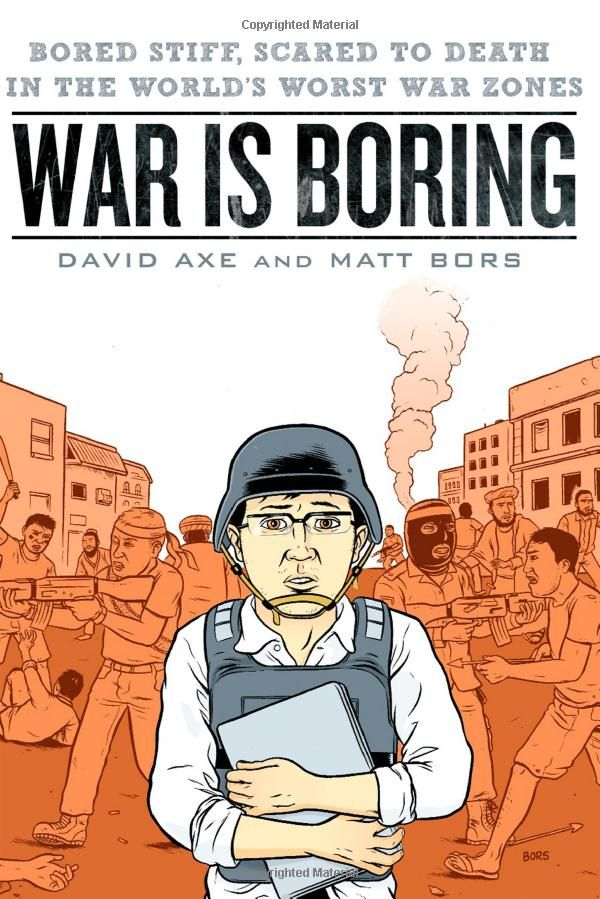 War Is Boring: Bored Stiff, Scared to Death in the World’s Worst War Zones is a graphic novel memoir by David Axe and Matt Bors that follows elements of the war journalism career and life of David Axe. Though it is based on the webcomic of the same name, I have not read that, and so will just be discussing the graphic novel itself. The story takes place in many locations including Iraq, Afghanistan, East Timor, and even Somalia.

At first I expected an insightful telling of what it is to be a war journalist, as well as some history, background, and information related to the wars and other events in the locations that the story takes us to. However, we mostly focus on the thoughts and feelings of the main character, David, and less on the places that he’s reporting in or the situations he’s learning about. This results in a potentially more captivating form of storytelling that other comics journalism, such as the work of Joe Sacco. In most of Sacco’s journalistic comics, we are first given lots of information, either from interviews or historical documents, about the events he is researching. Then we are given a glimpse of the author’s emotions as well as the challenges that he experiences throughout his research. In War is Boring, however, we get very little information about anyone but the main character, which means we get a stronger connection to the main character himself.

Reviewing an autobiographical account can be tricky, because when we are judging the actions of the main character, at the same time we are judging the author. Autobiographies can be written in many ways, such as open and honest accounts that expose both positives and negatives, heavily biased accounts that warp and shape the story being told, and even limited accounts that only expose certain aspects of the author. War Is Boring is of the open and honest type. On one hand, I felt the focus on David’s negative traits made it hard for me to empathize much with him. On the other hand, I do respect Axe for being willing to depict the negative aspects of his account and opinions.

The artwork isn’t bad. The level of detail is consistent throughout. However, I feel something about the way the characters are drawn could have been better; they feel a tiny bit “off” to me. However, all in all, the art gets the job done fine.

In the end, I feel the book could have done with telling us a lot more about the locations and elements being researched. Also, throwing in more positive aspects about the main character, or at least discussing the actions in more detail, would have helped give the reader more empathy for the protagaonist. If people like Joe Sacco and Sarah Glidden can provide informative and captivating accounts of their journey, then surely others can too. 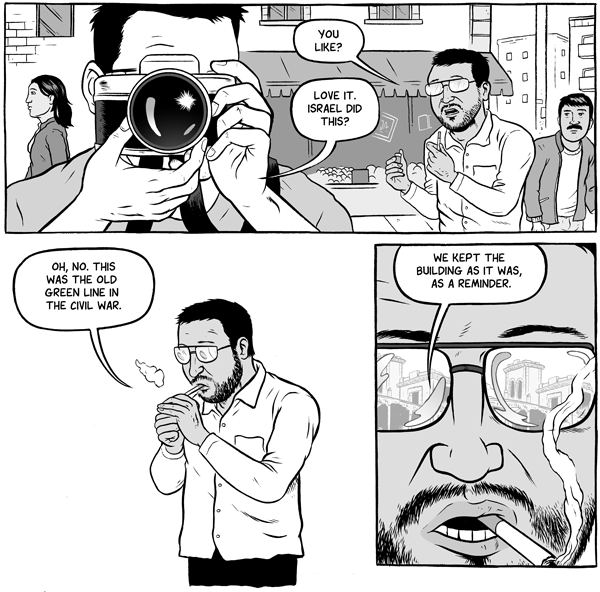