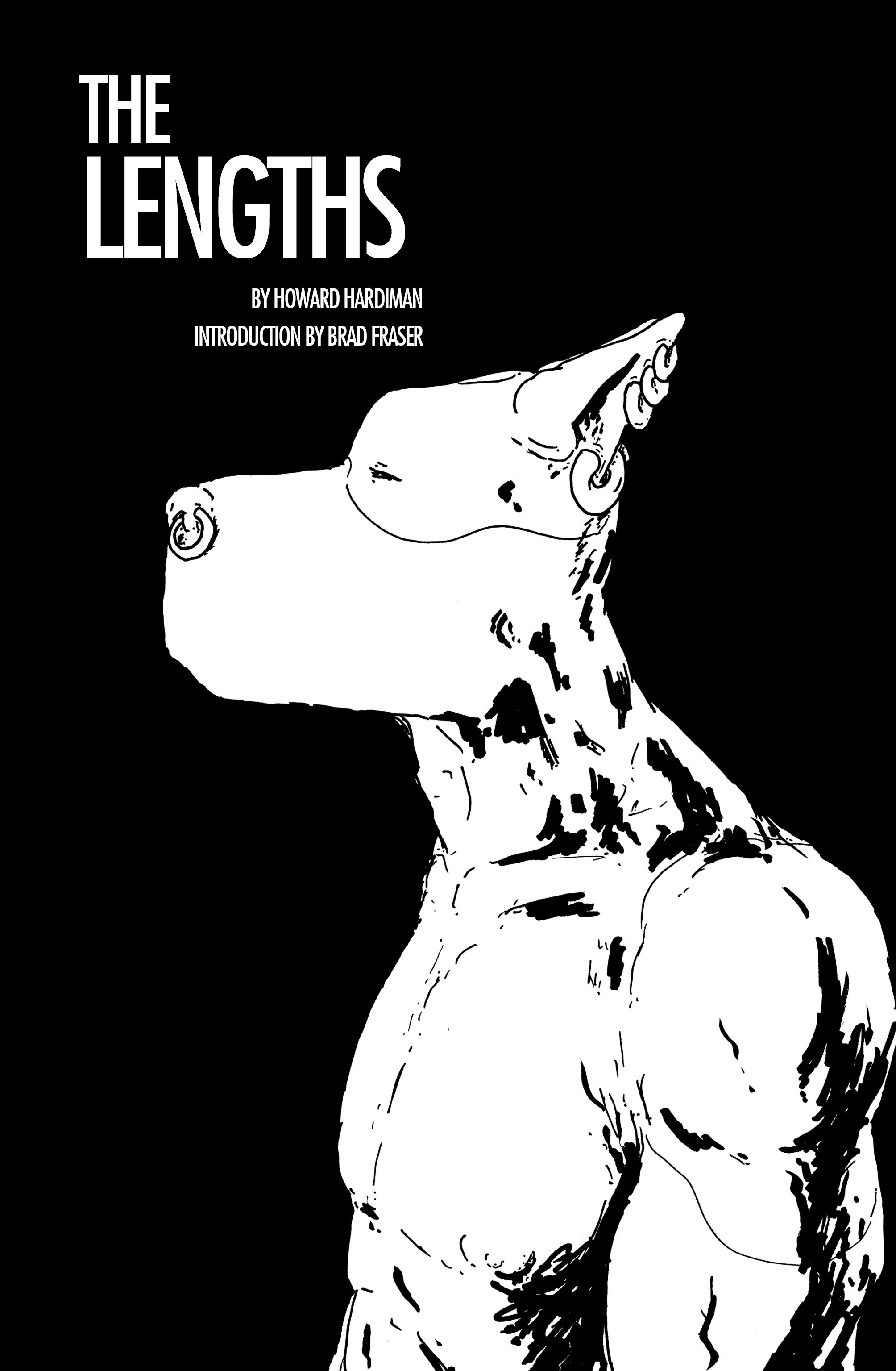 The Lengths by Howard Hardiman is graphic novel about Eddie, a young man from London who becomes a male escort under the alias “Ford.” Along with a separate name, he gets a second mobile phone to help keep his two lives apart. Not only does the story focus on his times as an escort, but also his personal life, such as with his friends and his boyfriend.

The art style is peculiar for two reasons. Firstly, there are rarely speech bubbles. Most of the dialogue is instead featured within the story’s on-going captions. However, the placement of the text usually works so that you know who is saying what. Secondly, all characters are portrayed as anthropomorphic dogs. It’s just a particular aesthetic, perhaps for the sake of keeping anonymity? Hardiman does a fantastic job of using a different dog breed for each character, and the whole dog-man thing is never brought up by the characters (nothing so blatant as “Oh, mate, I could proper murder a pack of Scooby Snacks, right now” or “My fur’s all messed up.”). 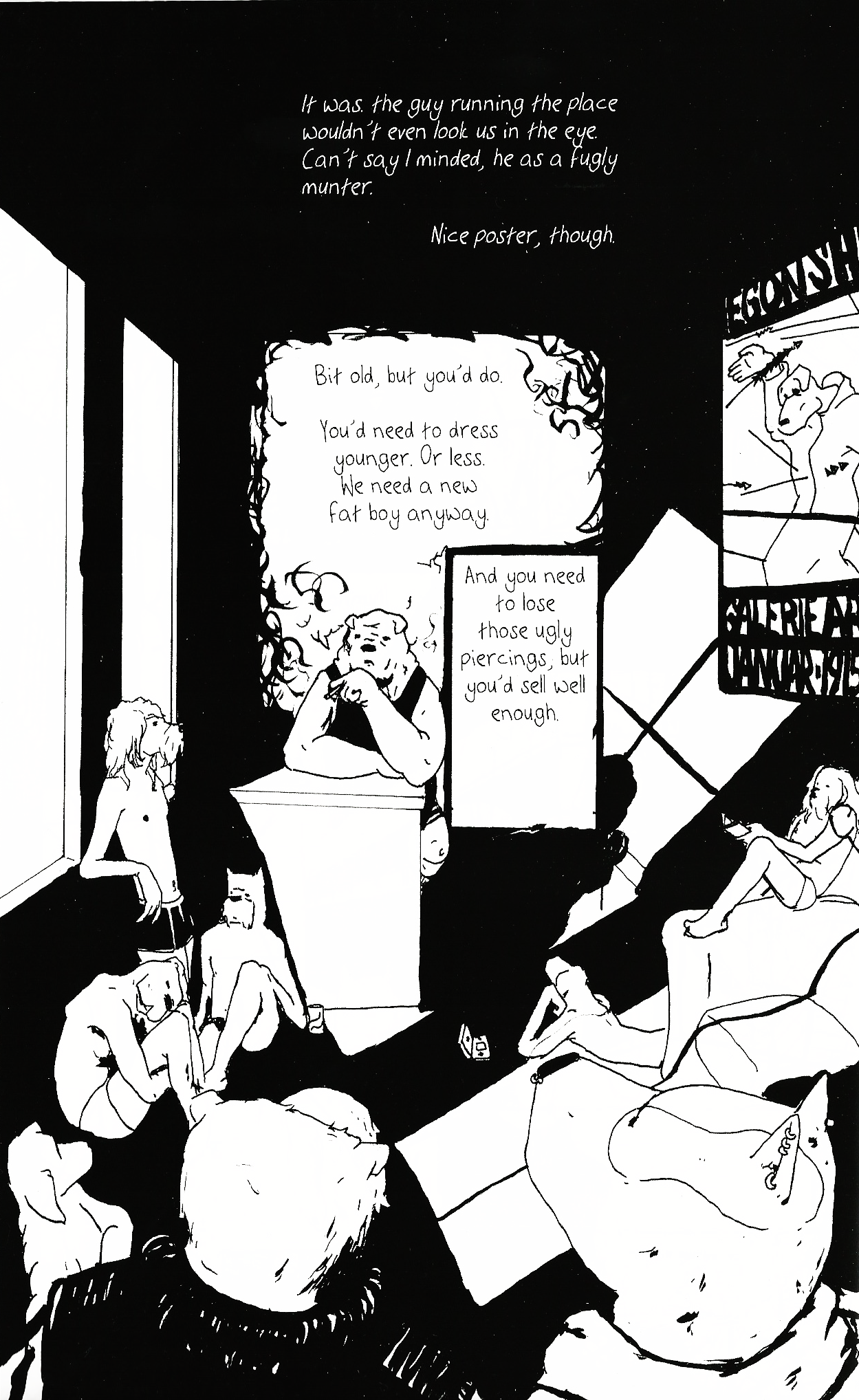