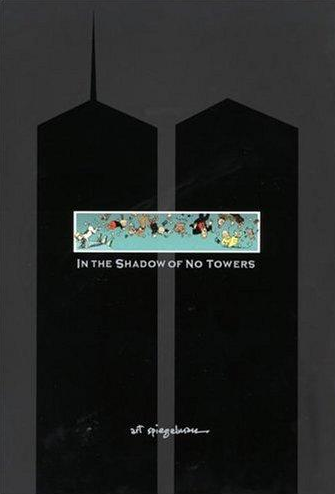 In the Shadow of No Towers by Art Spiegelman explores the thoughts and personal experiences of the artist during and after the September 11 attacks. He was there in New York City when it happened, and witnessed the damage and chaos that took place.

This is a pretty large book, about 26cm x 37cm (roughly 10 inches by 14.5 inches), and pretty thick despite having only 42 pages. This is because the pages are thick bits of card. This not only adds strength, but — because the book is mostly made up of double-page spreads — allows all the content to be viewed without a crease going through the middle of the artwork. These comics were originally published in a large newspaper format, which is why the book has been structured this way.

Spiegelman discusses so many serious things here, but a lot of the stories are drawn in the style of historical and classic American newspaper comics. There is a section discussing all the influences on this graphic novel, and even a series of pages showing primary source material that he was inspired by (for example, a Little Nemo in Slumberland comic strip).

In the Shadow of No Towers is a surprisingly short read, but that doesn’t make it any less intense. Definitely worth a look! 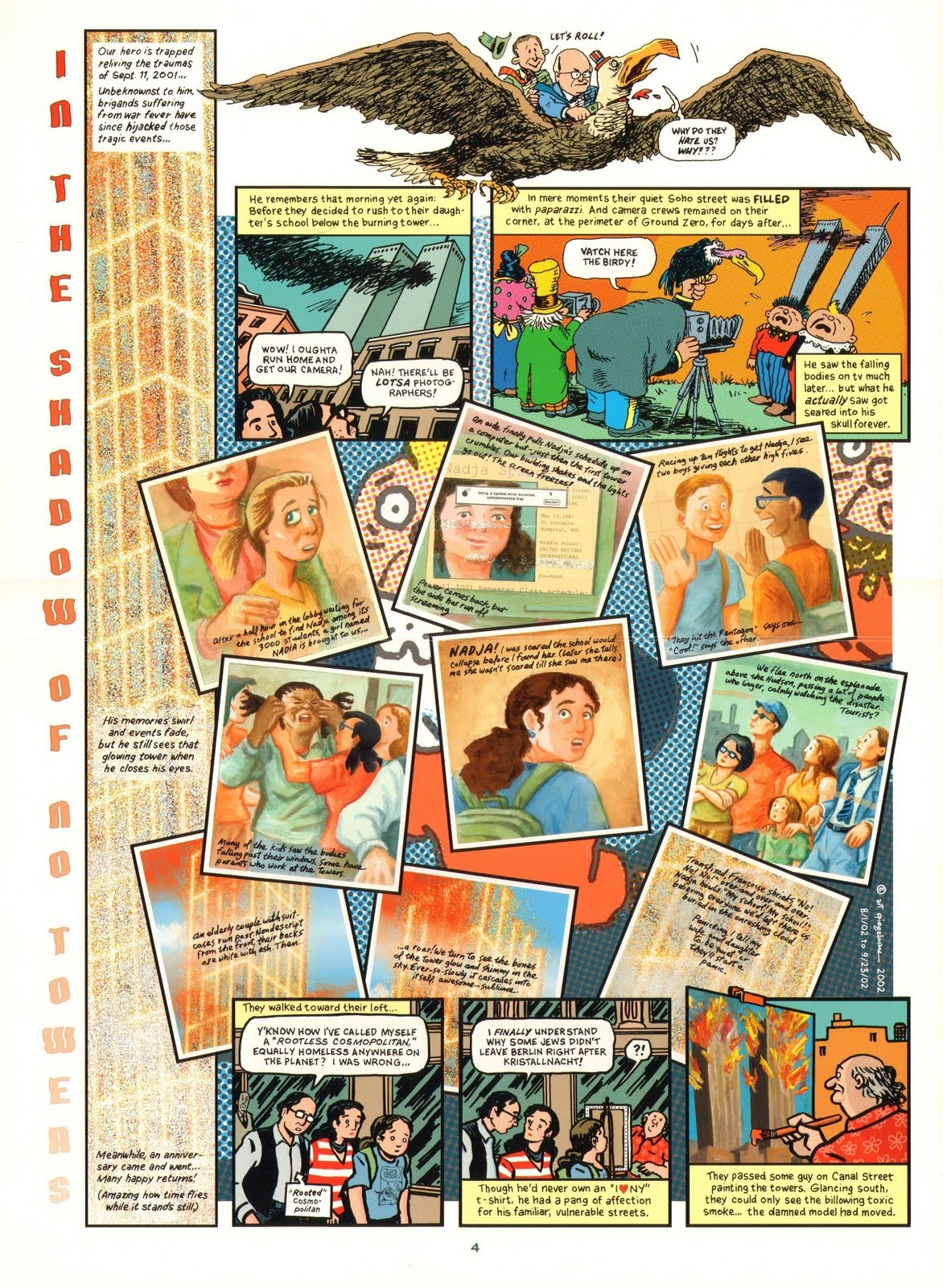