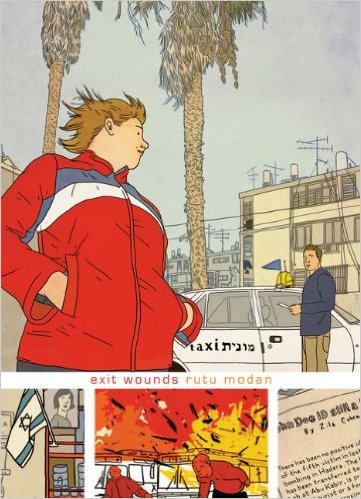 Exit Wounds by Rutu Modan is set in Tel-Aviv, Israel, 2002 and follows the story of Koby, a taxi-driver living with his aunt and uncle. He hears news of a suicide bombing in a nearby town and that one of the victims is currently unidentified. This news is brought to him by Numi, a young woman doing her mandatory military service. We discover early in the story that Koby rarely meets or talks to his father, and that Numi is his father’s lover. The story’s journey forward is in trying to figure out whether or not Koby’s father died in that blast.

I will say that I did not like this book very much. This might be due to the overall feel of the book, especially the main character — a general sense of grumpiness, frustration, and even, at times, mean spirits. However, there are also lighter moments, and Modan is able to capture a great range of expressions with minimal amounts of lines.

The artwork consists of selective bold lines filled with block colours. There is next to no shading — no line art cross-hatching, cell-shading, or even gradients. However, the line art itself is sometimes different shades than just plain black, which does create some depth. The absence of shading makes it all feel a bit like looking at a diagram. In general I don’t like the style. Some elements of it appealing: everything is pretty clear and bold, and faces are surprisingly recognizable, but I love detail too much, so this is not my cup of tea.

It’s up to you. If the artwork appeals to you, and if you’re willing to give the grumpy world of Koby a chance, then Exit Wounds might be worth a look. But I didn’t really enjoy it myself. 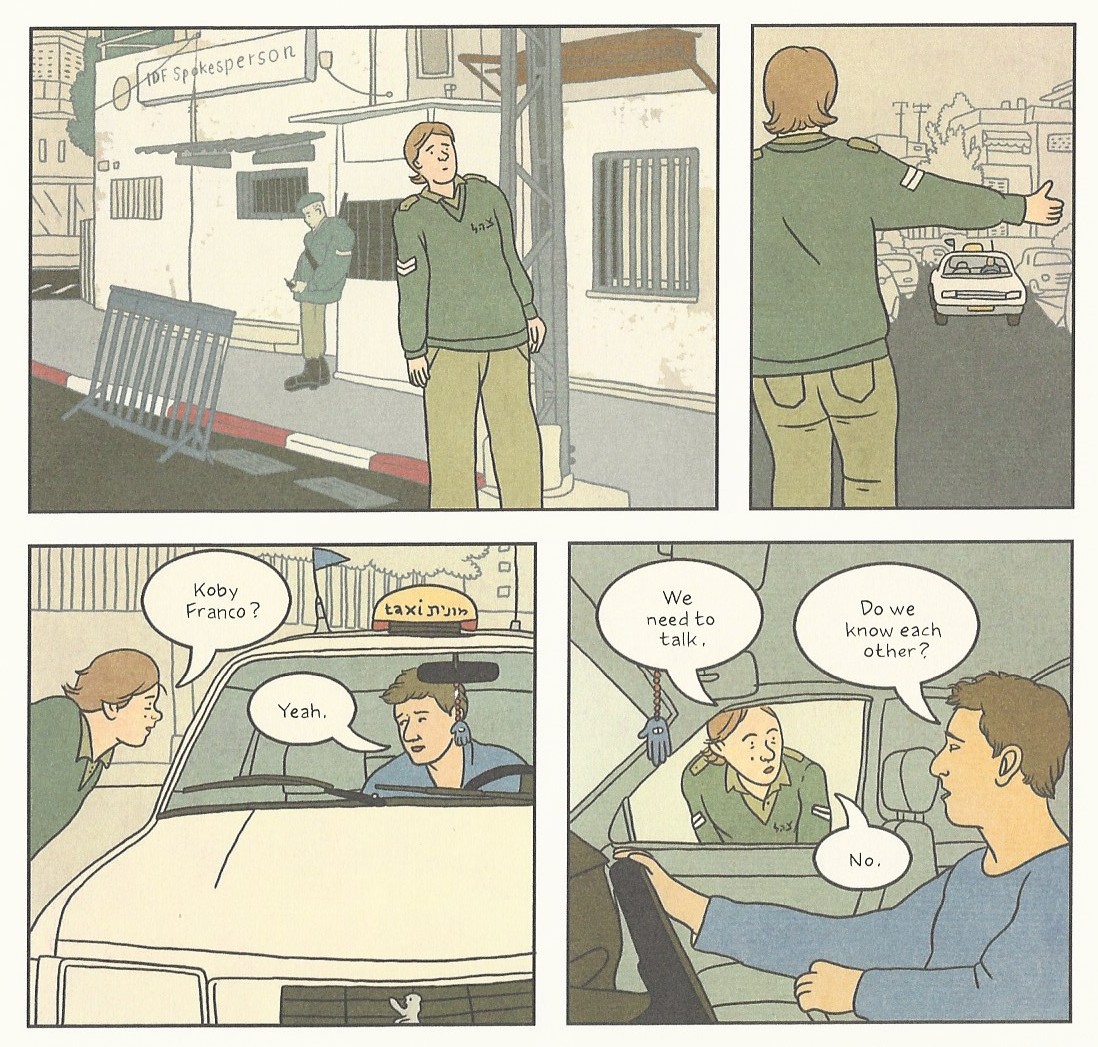