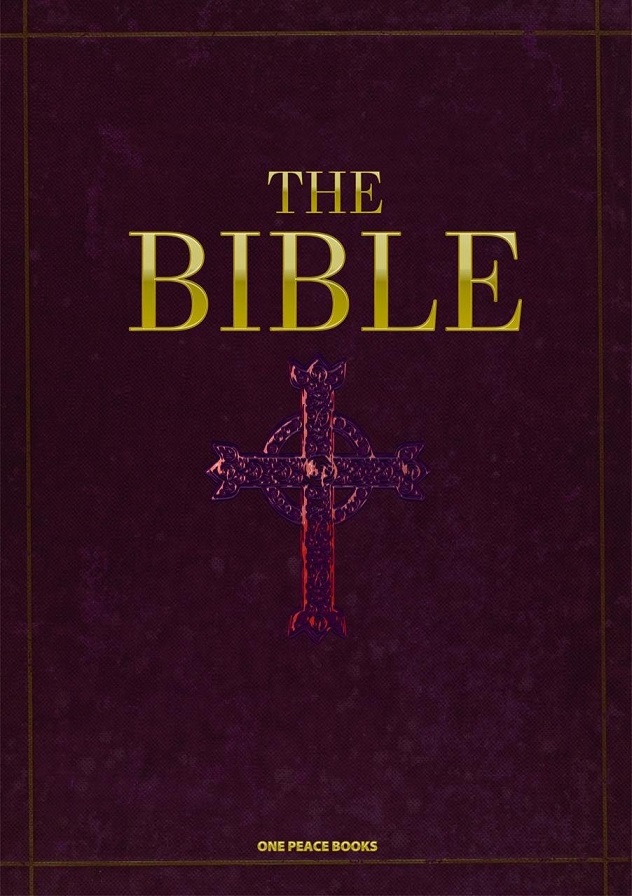 There are several manga Bibles out there, including Manga Messiah and The Manga Bible: From Genesis to Revelation, and they are different enough from each other that I might write articles of each of them some day. However, for now here’s The Bible: A Japanese Manga Rendition, which features various contributing artists.

If you’re curious, I was raised a casual Christian, and turned myself into a more serious Christian during my youth before becoming agnostic and finally atheist. During my Christina period I sat down and read the entire Good News Bible. It took me a very long time, but I read it all. Since reading the Bible, I’ve been fascinated by adaptations of it, including animated stories and graphic novels. These can serve as a kind of synopsis or super-abridged version, and I like revisiting and re-studying the biblical tales.

So on to the manga Bible itself. This graphic novel features a wide variety of contributing artists and covers such prominent Old Testament stories as Adam & Eve, Noah, Abraham, Isaac, Jacob, Joseph, Moses, Samuel, Saul and David. And then it moves on to the New Testament with the life of Jesus. Among the many things this manga Bible left out include various Judges, prophets such as Elijah and Elisha, all the minor prophets, and basically everything Old Testament after David (including the Judah/Israel split and the various exiles). The New Testament leaves out stuff too, such as Paul and the Book of Revelation. So you won’t be getting a full shorthand for the entire Bible here, despite this comic being well over 550 pages in length.

Personally, I’d have expected a manga, of all things, to be able to work with the amount of material the Bible supplies. Have you seen how many volumes of One Piece, Bleach, and Naruto they’ve got out there? Looooads! But then again, I reckon there are a lot more people out there willing to buy twenty volumes of One Piece than of a Biblical manga. Still, it’d be interesting to see a full-length manga adaptation. It’d be a job with a lot of work though.

Despite a lot of stuff being left out from the original source material, this manga Bible actually adds some new things to the story! For example, there’s a scene in which Moses hears that he was adopted, and we then see him trying to cope with this heavy information in his room. It’s nice little extras like that which add more personality and feeling to the stories.

Various of the Old Testament scenes are drawn humorously, with exaggerated expressions and actions. There are also moments that leave you thinking “That Tower of Babel is looking preeetty flat.” It can feel strange to see over-the-top manga expressions in a biblical story. But overall I like the Old Testament artwork, and it certainly gives you a feel of the place, putting you right there in the action. All the clothes and buildings certainly have that “Biblical times” look to them.

And then there’s the New Testament. I honestly don’t know how many different artists worked on this book – it did not say within the book itself; it mainly just said that it was by “Variety Art Works.” Despite not knowing who the main artists behind this particular project were, it still does feel there was one group working on the Old Testament and another, very different, group working on the New Testament. I didn’t much like the New Testament art at all. Well okay, there was the occasional panel that was good, but most of them looked pretty bad, especially when it comes to facial expressions and construction.

So that’s accuracy, story, and art covered, but here’s one thing I rarely discuss: printing! Yes, there are a number of errors with how this book was published and printed. This includes grammar mistakes, repeated words, print that comes off the page, and incorrect numbering. My library copy even featured someone’s annotation in which they scribbled out a page number in pencil and wrote the correct one next to it. Later publications may have fixed these errors, but the edition I got clearly needed a lot more editing.

So that’s pretty much all I have to say about that. In short, this manga bible takes some of the highlights of the Bible, and puts them together in a manga story, first with good artwork and then with not-so-good artwork.

If you’re interested in getting to know Bible stories a little better, or if you’ve already read them but just want a little refresher course, then this manga Bible might be your cup of tea. Even if you are not that interested in the Bible, it might be interesting to take a quick peek to see how these artists drew all these different characters and stories. 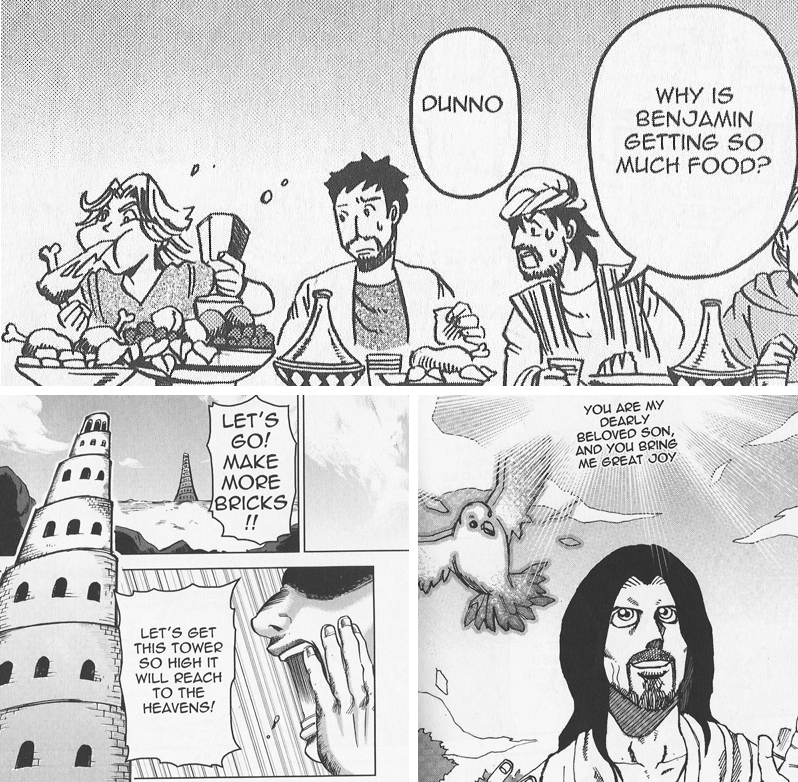