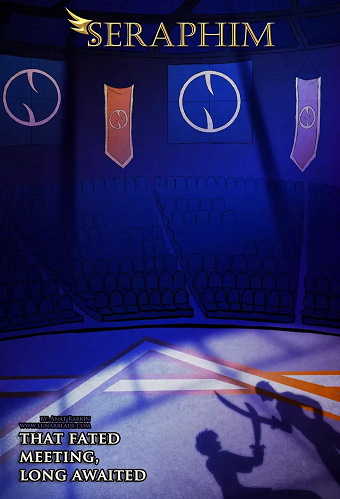 The two stories are set several centuries apart in a warrior’s guild in Constantinople. Both stories follow young men, orphans who have been taken in by the guild to be trained as knights’ squires. The world is that of an alternate reality: A Tale of Love takes place around the late medieval period, whilst A Tale of Courage takes place in more modern industrial-age times. Throughout the two stories there are occasional parallel moments, such as a shared character’s first appearance occurring on the same chapter and page number of both comics.

A Tale of Love follows the story of Clou, who, aside from being an orphan and squire, is also a very kind-hearted individual. Despite being looked down on by most of his peers, he is also gifted in his academic abilities. So far much of the story has been spent dealing with the challenges he faces in day-to-day life, and the secrets he has locked away within. He has a strong attachment to his knight, Becker, who has enough trouble trying to deal with his squire’s philosophical questions of morality, let alone the other problems that come along the way.

A Tale of Courage centres around Gilad, who is more willing to express anger and frustration than Clou is. The knight he is training under is very different from most. Sir Altor, a blind man who gets around disguised as an old beggar, is a very tough and demanding teacher. As the story continues, we learn more about both Gilad and Altor, and meet some of their friends along the way, including Gilad’s childhood friend Nav.

So far I have very much enjoyed the characters and their development. Rabkin keeps avoiding the traditional fantasy cliches by instead going through different, more interesting, routes. I liked what I’ve seen of the story up to this point and want to see more, as well as find out what choices these characters make as the stories continue. I already have a long list of favourite characters, and can easily picture this story being told in even more detail, such as through a written novel. On top of that, the full-colour aspect is very appealing (including the use of textures throughout the stories).

When it comes to the art and style of the story, I feel that Seraphim could benefit from more world building — not just more detailed background information but also more clues as to just how much impact the characters have in the world. Also, whenever blood is spilled in the story, it would benefit from being grittier and more realistic.

But aside from that, I’m keen to see where Rabkin will take Clou and Gilad next, and so far I’ve very much enjoyed the Tales of Love and of Courage. You can read Seraphim yourself on the official Seraphim website. 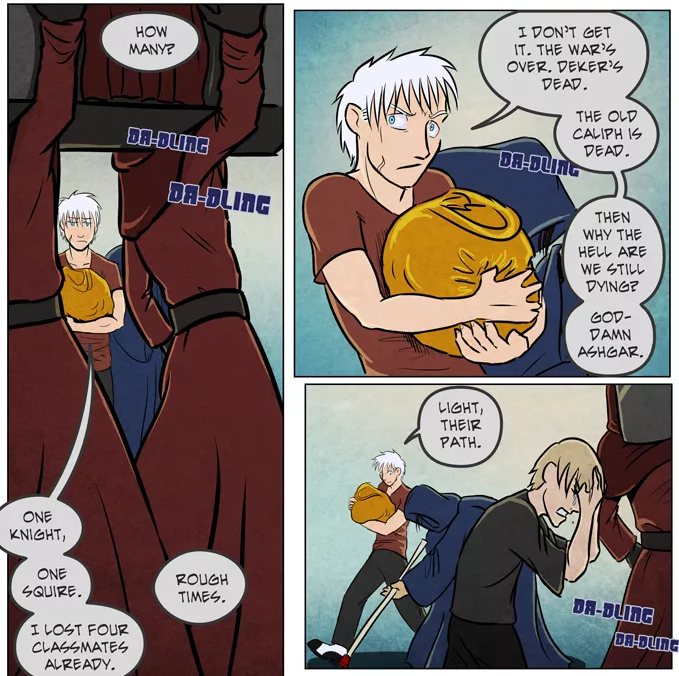