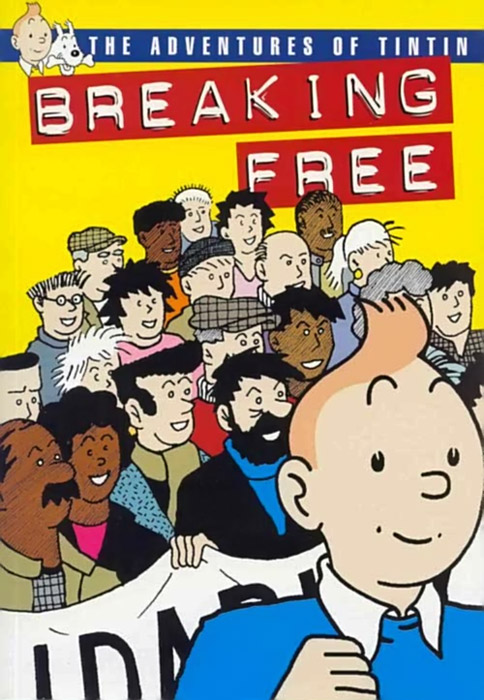 Tintin is such an iconic character in the comics medium, almost everyone has heard of him, and most have read at least a couple of his albums or seen one of his movies. But The Adventures of Tintin: Breaking Free by J. Daniels (a pseudonym) approaches the character from a very different (and utterly unlicensed) direction.

Produced by Attack International in 1988, Breaking Free takes Tintin, Captain Haddock, and Herge’s general drawing style, and puts them in an entirely new situation. Instead of the usual tales of a Belgian reporter and his friends exploring strange new places, we instead get the stories of a working class Brit with a lot of built-up anger deciding to stage a rebellion against the system.

At first it may feel like they’ve done some sort of “Tintin meets Trainspotting“ mash-up, with the graphic novel’s various acts of swearing and violence. But that is only part of the story; the rest is focused on the oppression of the working class by their bosses, union leaders, and law enforcement, to which the response must be organized strikes, rallies, and direct action.

The general politics of this graphic novel seem to be Anarcho-Communism, promoting resistance and rebellion against the government, as well as supporting the working-class community in numerous ways. There are also strong messages of anti-racism, anti-homophobia, and general anti-discrimination, so long as you’re not one of the “bosses” or otherwise part of the corporate system of persecution.

So yeah, this is very politically driven, and sometimes downright bizarre. If Tintin is one of your favourite characters, and you don’t want to see him engaged in this sort of politically-charged rebellion, then you’ll probably want to give this book a miss. On the other hand, if you’re just curious to see how Tintin handles a bar fight, this book might be worth a look. And if you agree with the Anarcho-Communist message, then there’s probably even more you’ll enjoy about this book. 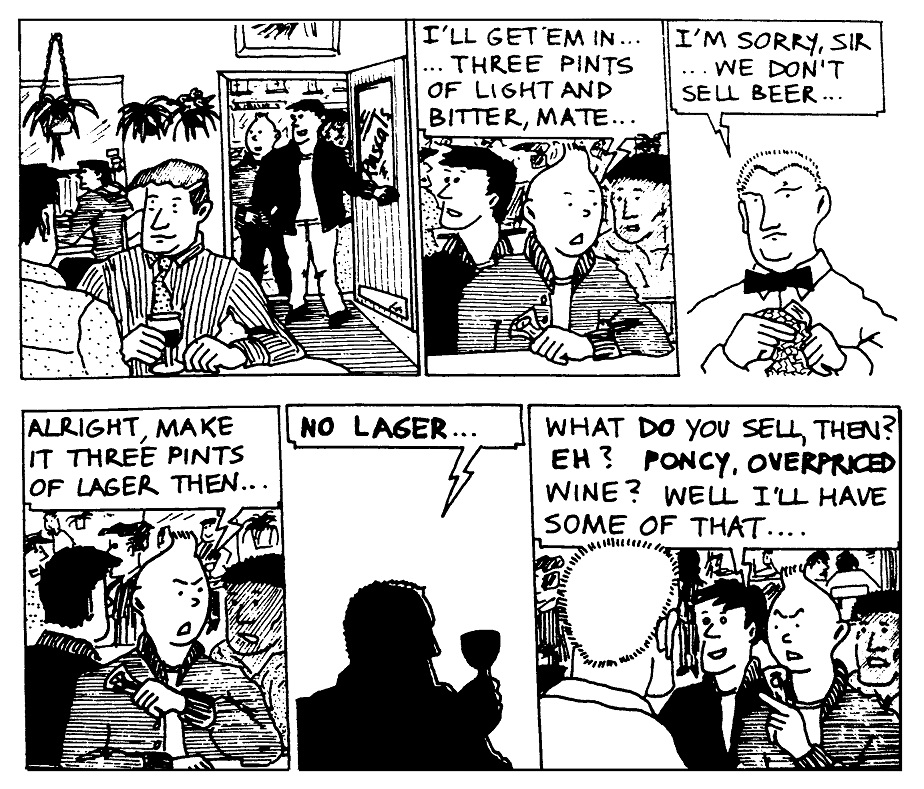